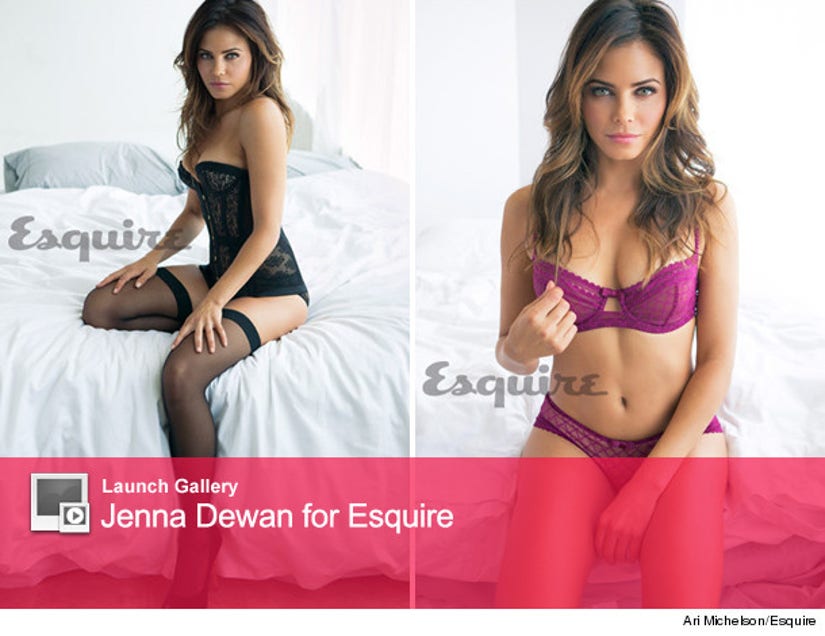 Her husband may be People's Sexiest Man Alive, but Jenna Dewan-Tatum is pretty hot herself.

The 32-year-old actress stripped down to her lingerie for a super sexy Esquire shoot and all we have to say is Channing Tatum is one lucky man.

The photographs were taken well before the couple announced they were expecting their first child; as you see in the recent photos below Jenna has even more curves -- in the form of a baby bump.

The brunette bombshell just appeared in "American Horror Story: Asylum" as Adam Levine's wife (she is doubly lucky!) but 2013 is all about baby.

Pregnant or not, Jenna is always getting attention from men, explaining she got hit on the day before the interview: "If you count being hit on being honked at while you're walking down the street. What is that gonna do? Do you think I'm gonna stop and be like, 'Hey yeah! Let's go get a drink! Thanks for honking at me!'"

Check out the sexy pics above, her hilarious interview here, and more shots of expecting celebrities below! 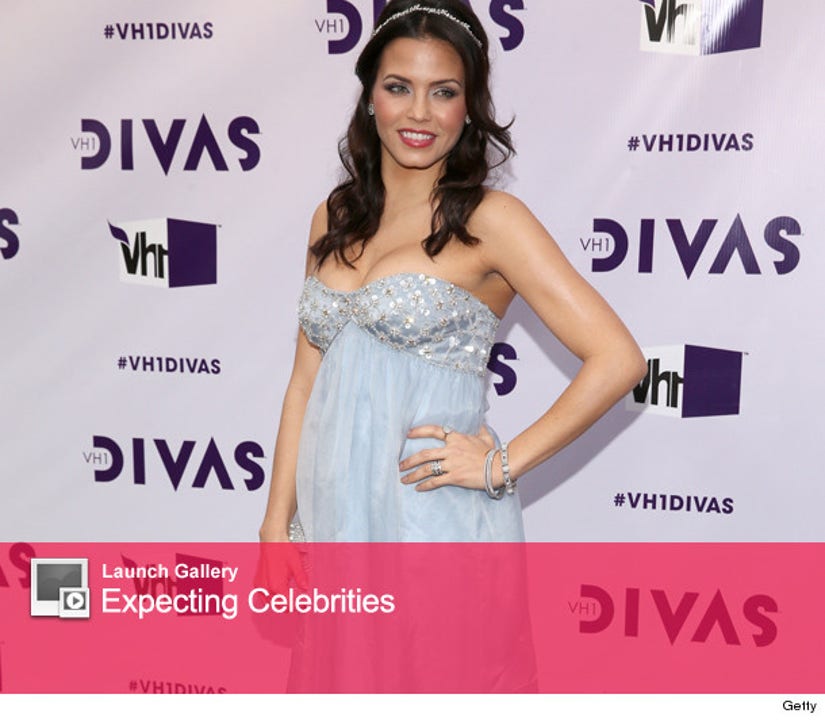