Unsurprisingly, the Dior spokeswoman wore the label to all her major awards shows, culminating with a voluminous gown at the Oscars (that she tripped and fell on). My favorite look on the "Silver Linings Playbook" star was the Calvin Klein gunmetal gown that she wore after the Oscars. It didn't hurt that she had the ultimate accessory -- her Best Actress statuette. Which was your winner? 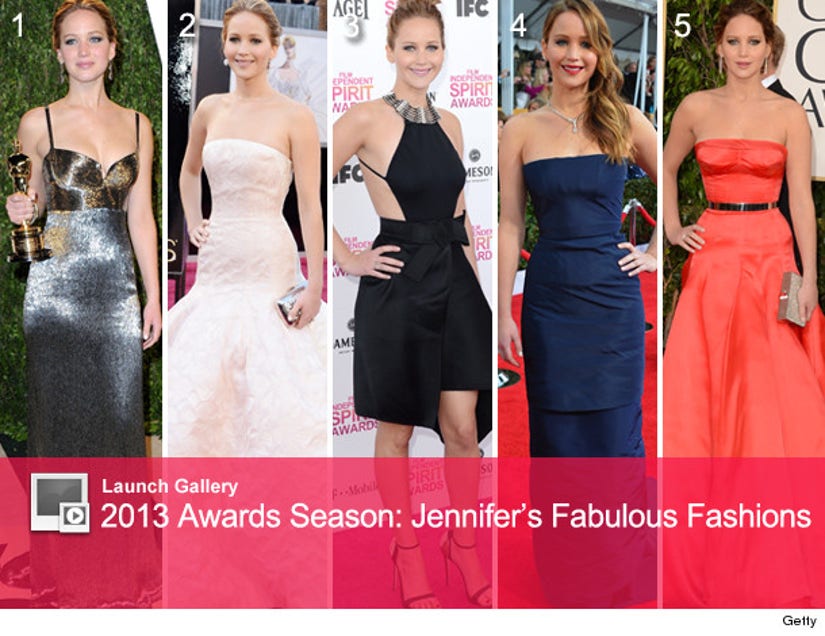 Anne won nearly every award she was nominated for this awards season (often claiming them with an annoying speech), but her fashion choices were far from winners. She chose the same slim silhouette for event after event, and made an unfortunate choice for the Oscars -- a pink Prada column gown. The dress' pronounced darting spawned twitter trends #nipplegate and #lesnipplerables. I would've loved to have seen Anne's planned Valentino gown. Our pick? The white Chanel Couture gown she wore to the Globes. Simple and sophisticated at the same time. Agree? 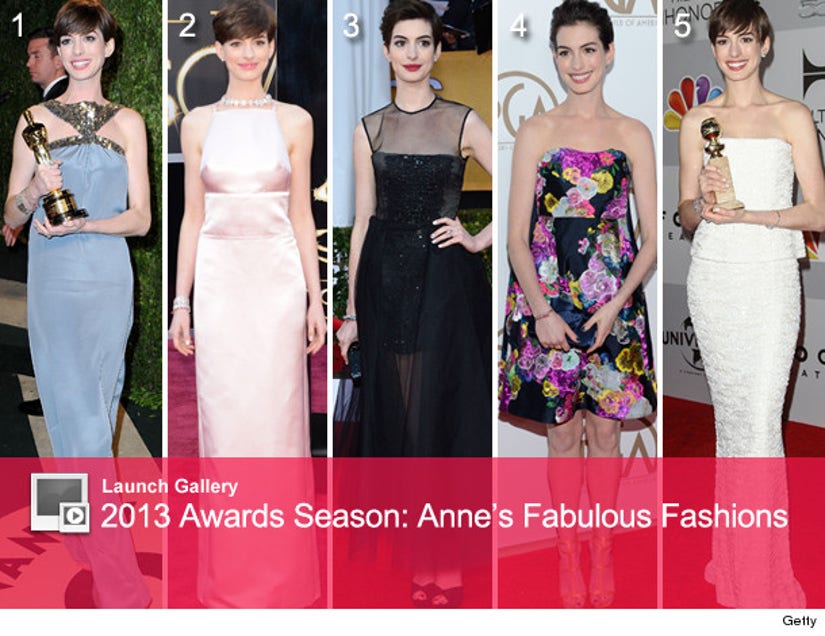 The "Zero Dark Thirty" actress was a bright 10 in my book, looking fantastic at every event (minus her ill-fitting Golden Globes misstep). Jessica saved the best for last, dazzling in a Armani Prive gown at the Oscars. Normally, her fair coloring would be a concern, but it wasn't there. Do you think she looked wow ... or washed out? 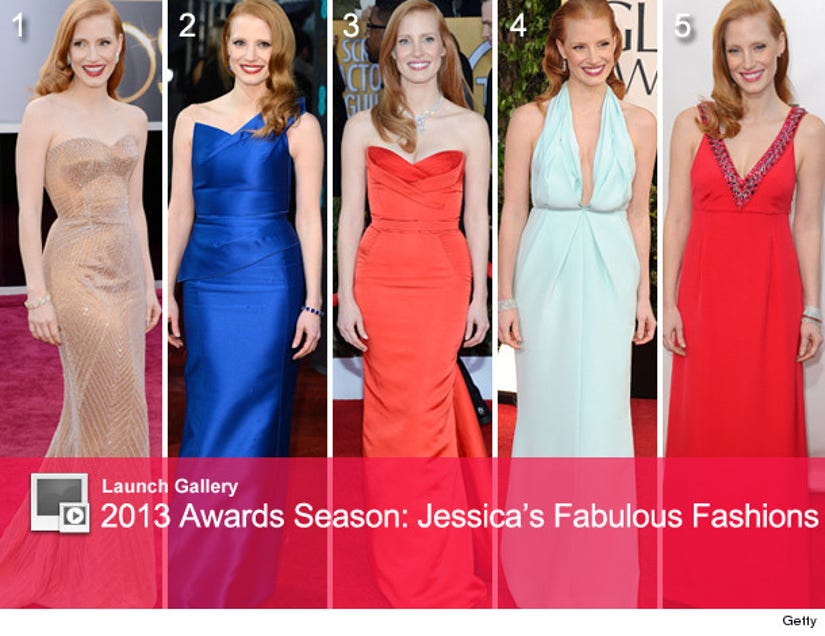 Like Jessica, Naomi really didn't put a foot wrong all season. The Aussie actress opted for many different colors and styles, each successful. But her most daring choice was the gunmetal Giorgio Armani Prive that she wore to the Oscars. Naomi pulled off the "Impossible" -- the silhouette wasn't seen by anyone else on the red carpet all season long, and it fit her perfectly. 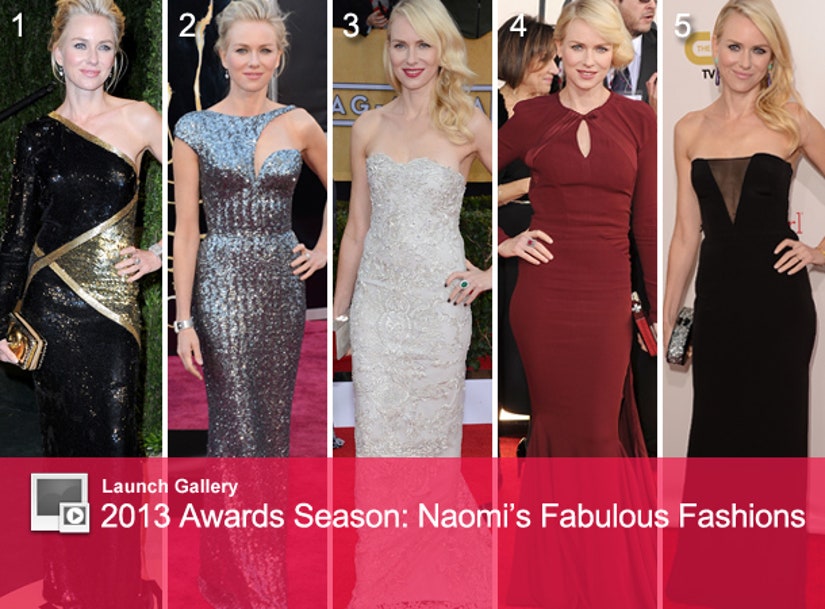 The veteran actress freed herself from her restrictive Mary Todd Lincoln costumes for some lovely looks this season. Sally proved you can be in your 60s and still look sexy. The "Lincoln" actress looked most stunning in her red Valentino Oscar dress. Which gets your vote? 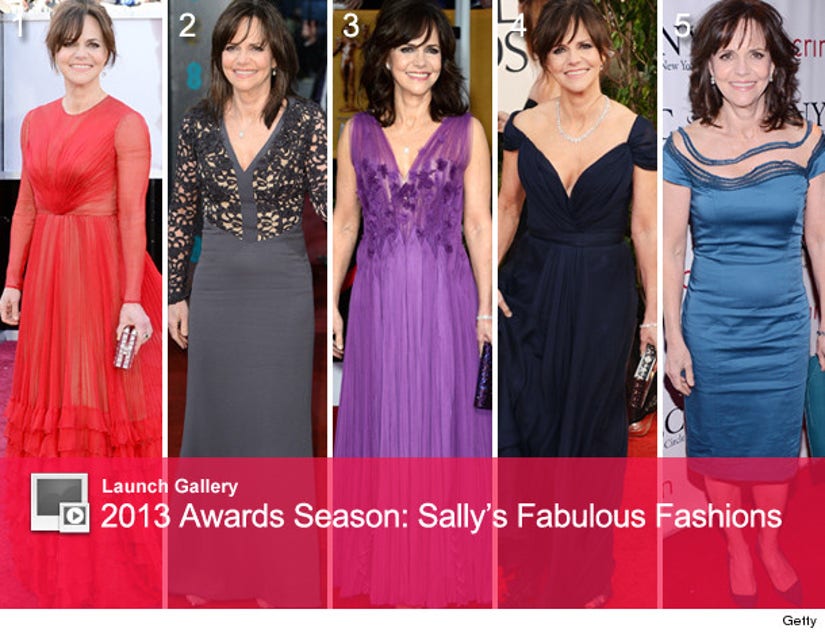 Amy is another nominee who had a standout style season. Like Jessica, her fair coloring could've limited her choices, but instead, she explored them. Of course, she can work a traditional princess gown like no other like she did at the Oscars, but I have to give the nod to her white and blue Vionnet ensemble, which looked both relaxed and regal. 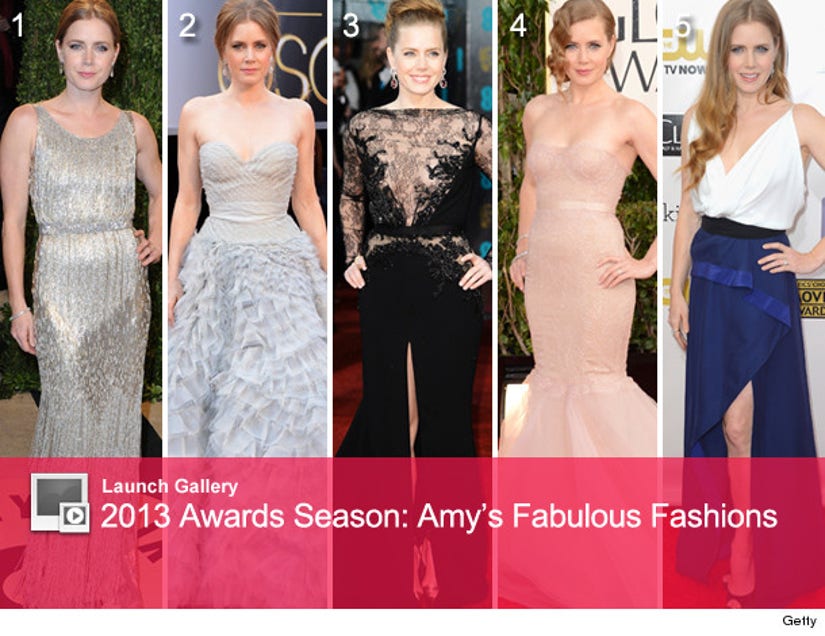 Amanda didn't earn any individual acting noms this season, but she sure dressed like a leading lady.

While the "Les Miserables" star's two Oscar looks disappointed us, we appreciate that she was a red carpet risktaker. Still, her classic blue strapless SAG gown was my favorite look. Was it yours? 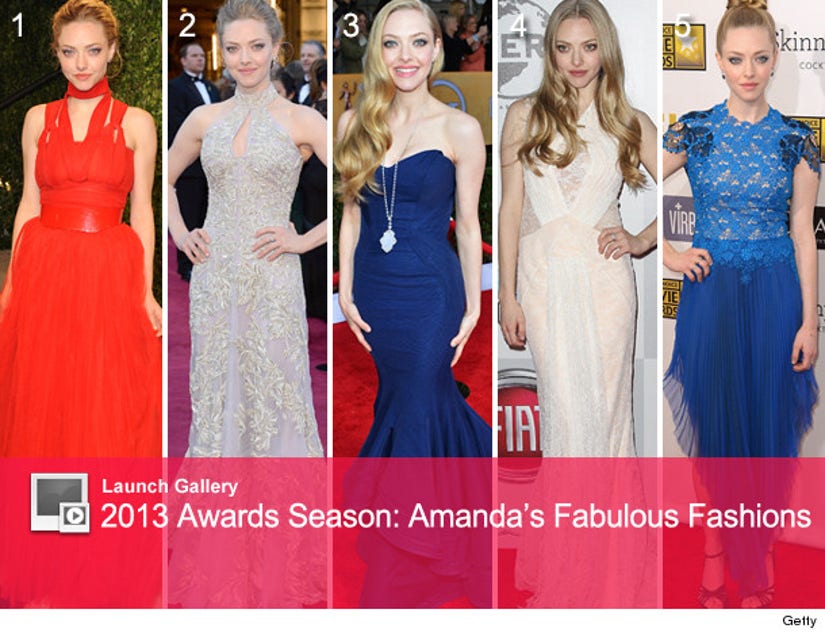