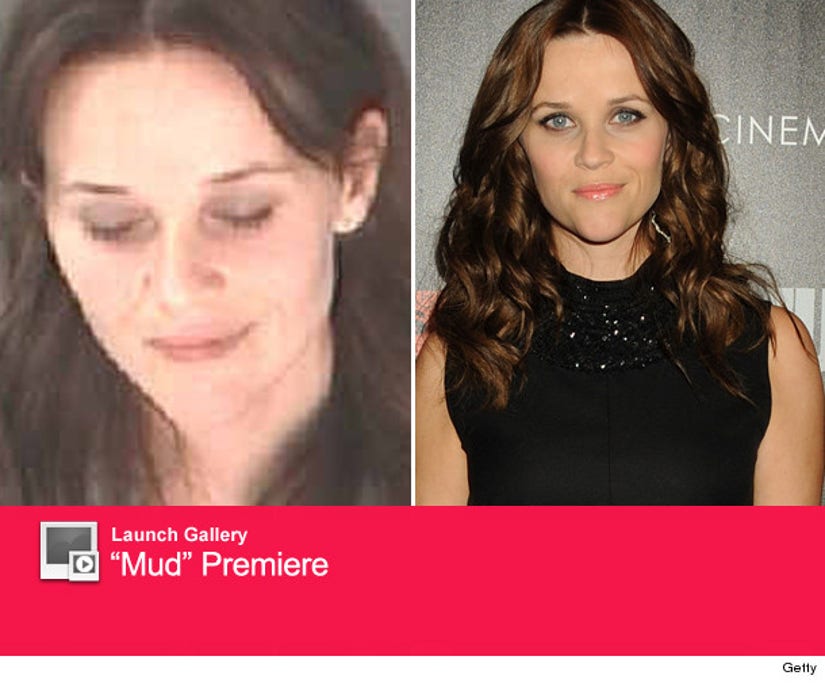 Reese Witherspoon made her first post-arrest appearance on the red carpet last night -- where she was sporting that same wry smile as she had during her mug shot.

The actress and her husband Jim Toth were both on hand for the premiere of "Mud" in New York on Sunday evening, just two days after they were both arrested in Atlanta; Jim for DUI and Reese for disorderly conduct.

But last night, she looked great, attempting to put the whole thing behind her as she plastered a smile on her face and posed for photographers.

Wearing a short black dress and rocking that brunette hair she has for a new role, Witherspoon definitely didn't look like she just came from the big house.

Around the time of the premiere, Reese issued a statement about the arrest.

"Out of respect for the ongoing legal situation, I cannot comment on everything that is being reported right now. But I do want to say I clearly had one drink too many and I am deeply embarrassed about the things I said. It was definitely a scary situation and I was frightened for my husband, but that was no excuse. I was disrespectful to the officer who was just doing his job. I have nothing but respect for the police and I am very sorry for my behavior."

Check out more photos from the premiere above.