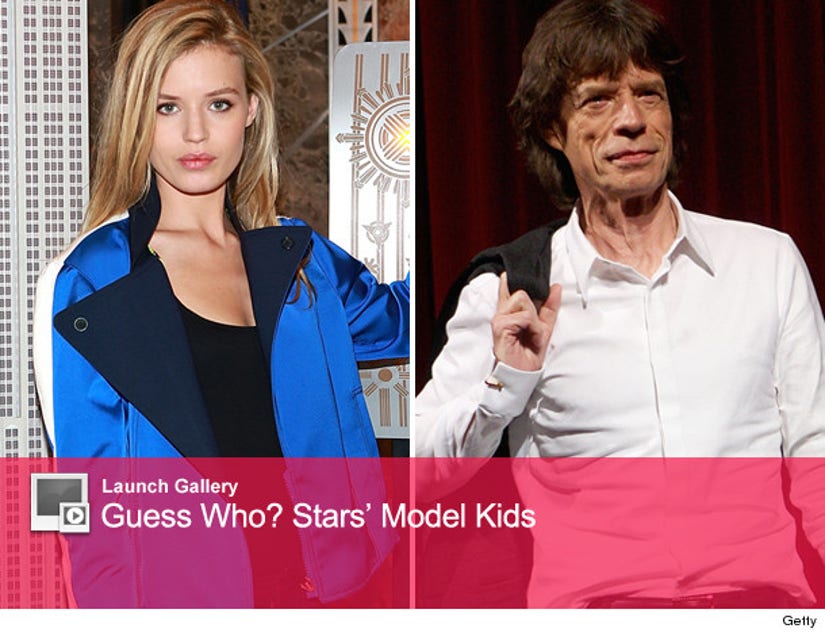 When your mom's a model and your dad's a rock star you're bound to be blessed (in more ways than one)!

Jerry is Mick's second wife, and Gerogia is one of Jagger's seven children (hey, at least he can afford it)!

The 21-year-old is making a name for herself -- she's appeared in campaigns for Rimmel, H&M and Hudson Jeans, among others and spread fashion mags like Harper's Bazaar.

On Wednesday, the blonde beauty stopped by Katharina Harf 's "Delete Blood Cancer" event to raise awareness for the fight against blood cancer in New York.

See, she's not just another pretty face, Georgia's a humanitarian too! Click "Launch Gallery" above to see more stars and their model kids.