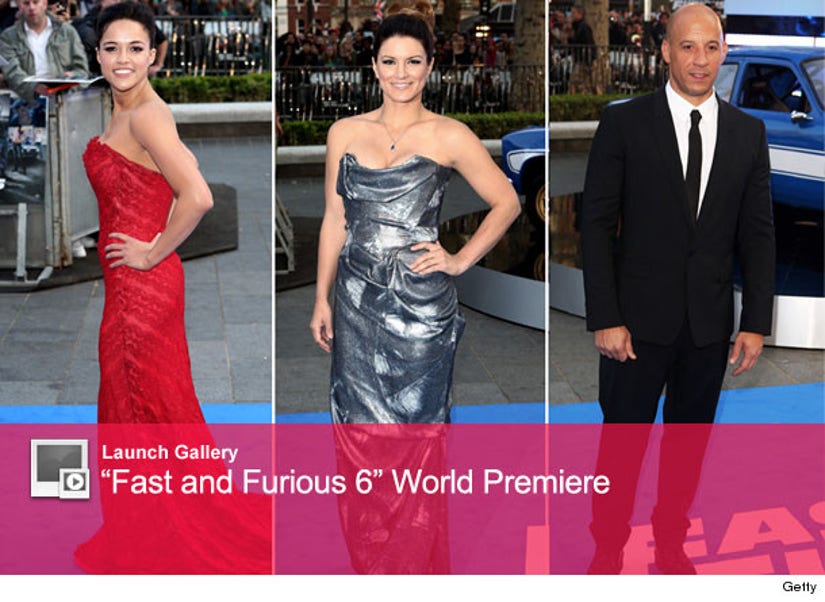 They're fab and furious!

Former "Girlfight" star Michelle Rodriguez and MMA fighter Gina Carano are two of Hollywood's toughest action stars, but they sure know how to go glam!

The "Fast and Furious 6" actresses hit the red carpet for the world premiere in London on Tuesday.

Michelle turned heads in a strapless red dress, which slipped numerous times and needed to be pulled up. Gina went the opposite of her costar's fiery color, opting for a cool blue-gray metallic dress.

The "Fast and Furious" men looked dapper too, but we wish Vin Diesel wore dress shoes instead of his lace-up Oxford. And we still can't believe Paul Walker is almost 40. Those baby blues ... hot!

Click on the "Launch Gallery" link to see the rest of the red carpet photos, and check out Michelle and Gina in an awesome girlfight below.

"Fast and Furious 6" opens in theaters May 24th.