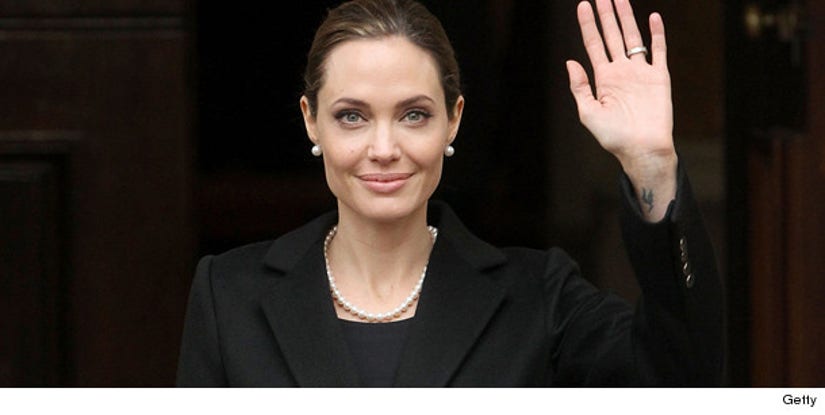 Angelina Jolie has been very public with her decision to have a double mastectomy -- but she still has another surgery ahead of her.

The actress is also planning to remove her ovaries, according to PEOPLE.

In her op-ed piece with The New York Times, the mother-of-six says her doctors estimated she has a 50% risk of ovarian cancer because of her "faulty" BRCA1 gene.

Angelina's partner, Brad Pitt, spoke out about her battle with USA Today.

"She could have stayed absolutely private about it and I don't think anyone would have been none the wiser with such good results," says Pitt. "But it was really important to her to share the story and that others would understand it doesn't have to be a scary thing. In fact, it can be an empowering thing, and something that makes you stronger and us stronger."

"It's such a wonderful relief to come through this and not have a spectre hanging over our heads," Brad continues. "To know that that's not going to be something that's going to affect us. My most proudest thing is our family. This isn't going to get that."