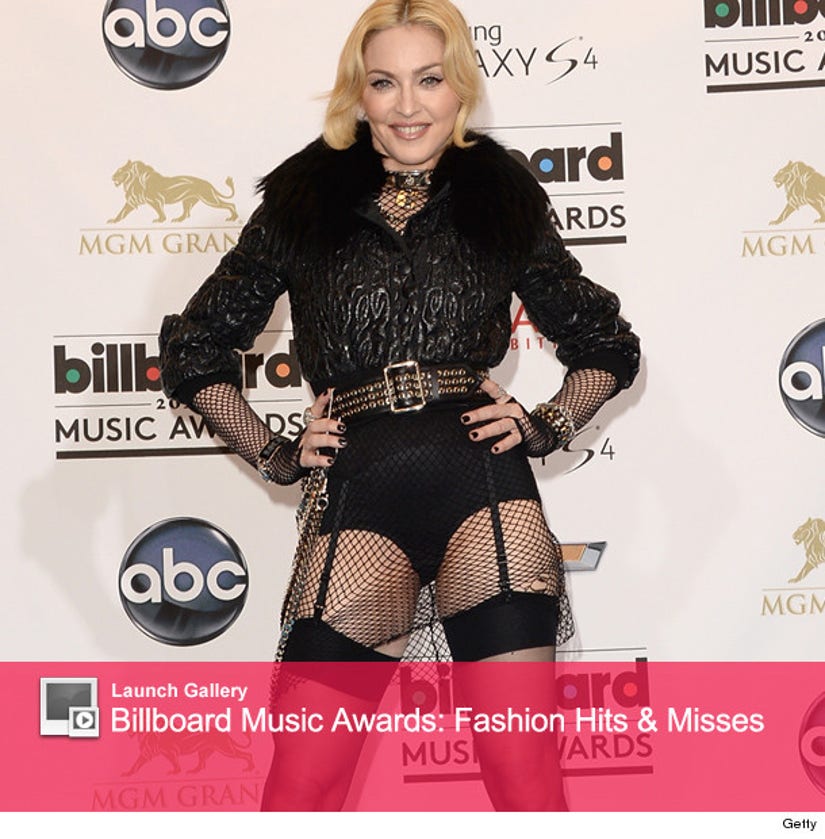 Madonna always knows how to make an entrance.

The 54-year-old pop star showed up to the 2013 Billboard Music Awards on Sunday night to collect her Top Touring Artist trophy ... and she showed up wearing that.

The mother-of-four hit the blue carpet sporting fishnets, garters, heels, a padlock necklace and no pants.

It was definitely a look ... and one we've come to expect from Madge over the years, right?

"They say that it takes a village to raise a child," Madonna said during her acceptance speech. "It took several international villages to put my show together."

What do you think of her look? Check out more wild fashion from last night's show above!