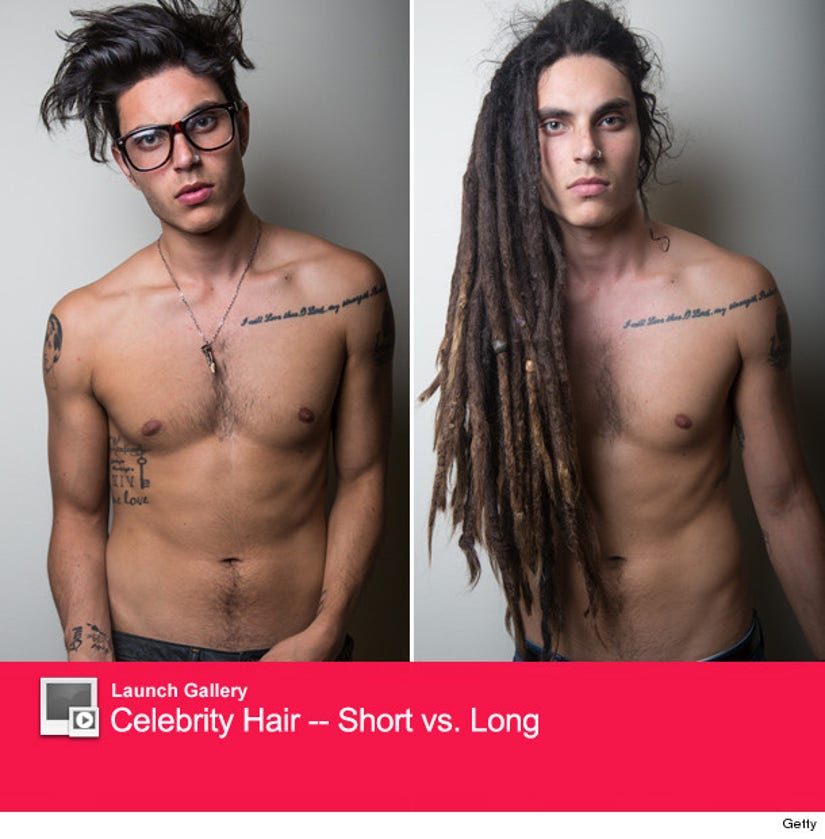 Larsen, who joined the FOX show after appearing on "The Glee Project," had been itching to cut off the dreads for some time now -- telling MTV in 2011 "I'm very much over my hair. If it was up to me, I'd have cut it a long time ago."

And now he seems very happy with the decision to finally chop them off.

"Just for the record my neck feels freakin awesome okay. Seriously. #holla," he tweeted on Thursday after the haircut.

We gotta say, we think he looks a lot better with short hair. What do you think? Vote in the gallery above!