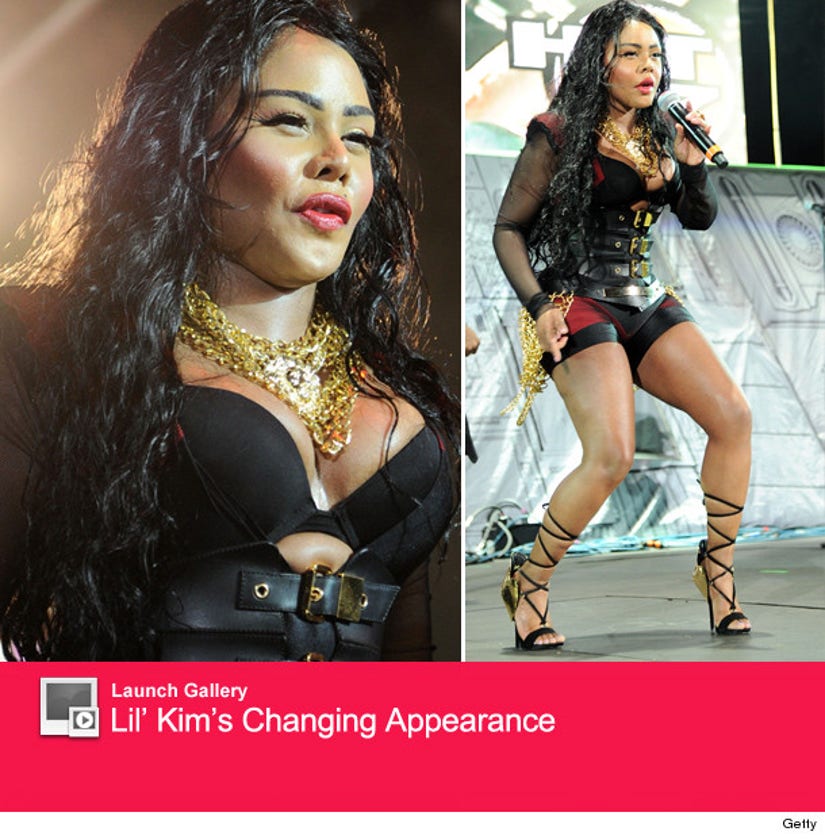 Michael Bay should cast Lil' Kim in his latest movie, because she's a real transformer.

The rapper hit the stage on Sunday at the Hot 97 Summer Jam XX in East Rutherford, New Jersey -- where she was sporting a bondage-inspired corset, gold chains everywhere and a face that looks just a lil' different.

Speculation over whether she's had plastic surgery has been rampant since this past February, but her rep was quick to deny reports she went under the knife.

Check out the gallery above to see how her mug has changed since she started out as a rapper in the '90s though -- what do you think?