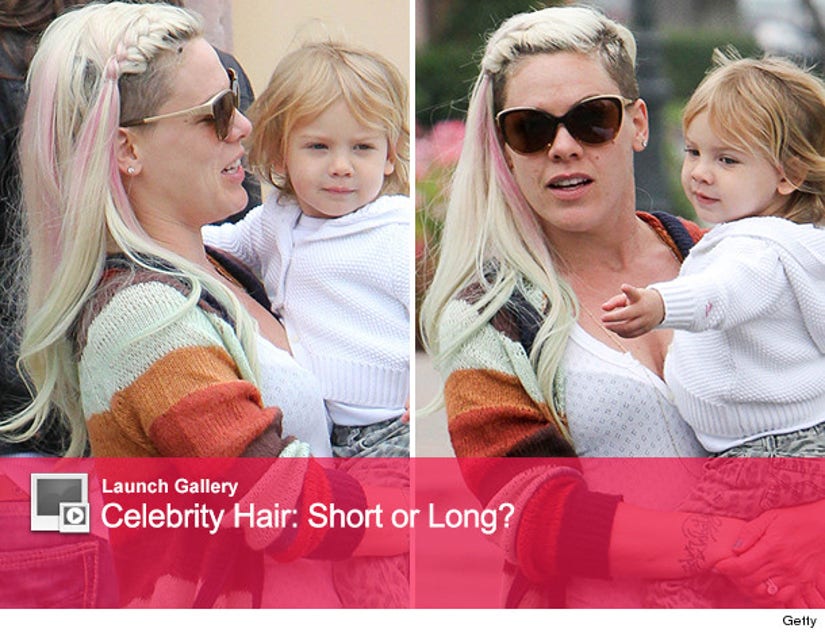 It's P!nk like you've never seen her before: With hair!

The singer, who has sported short locks ever since she first hit the scene in 2000, was seen in Venice Beach, California over the weekend with surprisingly long hair.

Staying true to her name, the obviously fake hair extensions had a little pink in them and the half-shaved 'do had her looking a bit like Ke$ha.

The singer was spending the day at the beach with her husband Carey Hart and their adorable daughter Willow, who just turned two.

What do you think of the longer 'do? Vote in the gallery above -- and see more stars who have had both long and short hair.