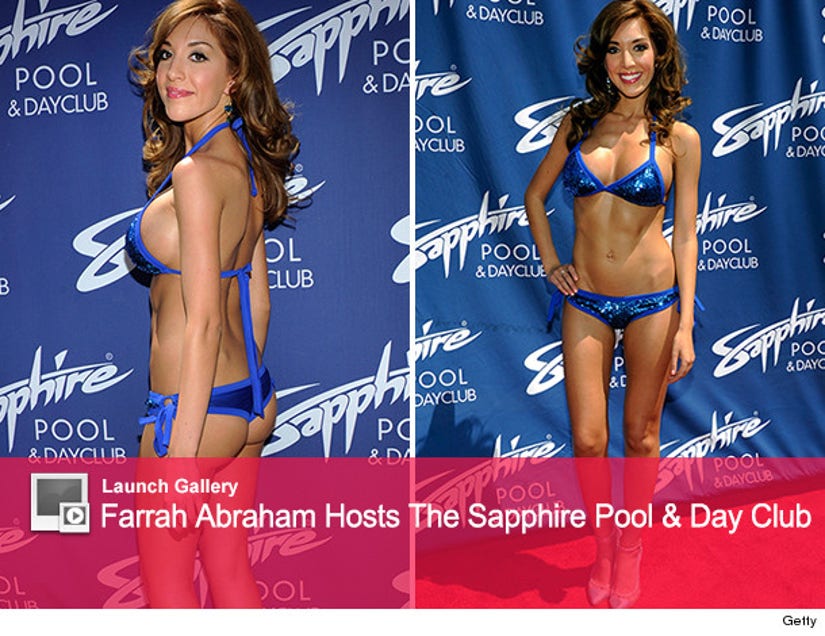 Farrah Abraham (she of "Back Door Teen Mom" fame) is showing off hew new, bigger boobs, and her infamous behind ... again!

Over the weekend, the 22-year-old hosted a party at Sapphire Pool & Day Club, a famous gentleman's club in Las Vegas.

Farrah put all of her famous curves (and then some) on display in a tiny blue-sequined bikini.

Earlier this month the reality star underwent her 2nd breast augmentation to go from a C-cup to a size D -- and she apparently couldn't wait to show them off.

Farrah even had a bit of a "wardrobe malfunction" on the red carpet when her nipple became exposed -- but she recovered and spent the rest of the day playing in the pool.

After her wild weekend Abraham tweeted, "#BikiniSeason love my body #ThankYou https://www.BodyByFinkle.com," along with a picture of her in the blue bathing suit.

Think the MTV star is setting a bad example for her 4-year-old daughter, Sophia? Tell toofab in the comment section below!