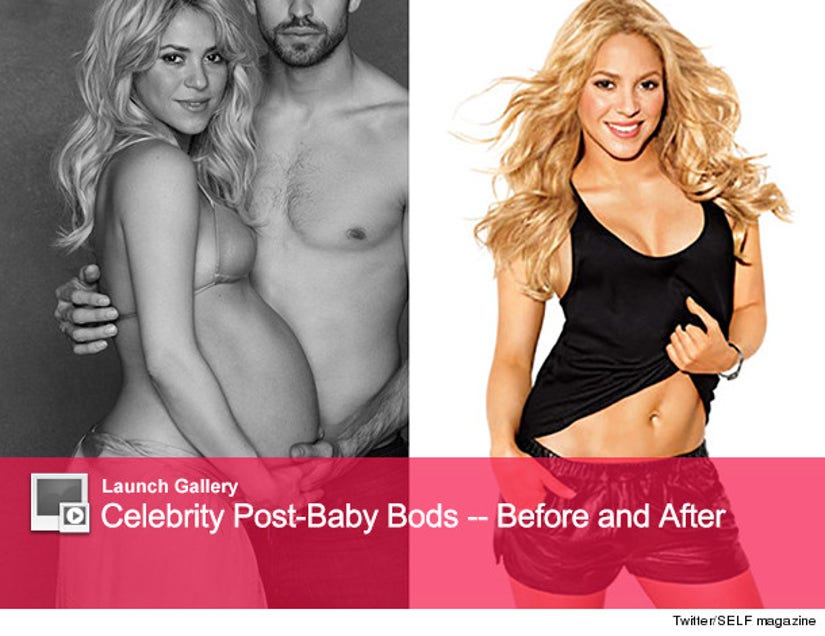 Shakira may have given birth a little over six months ago -- but you can't tell!

The "Voice" coach appears in the latest issue of SELF magazine, where she shows off her rock-hard abs and shares some of her fitness and body image tips.

So what's her secret when it comes to looking great? Be confidant!

"I don't obsess over my flaws, because I see my body as a whole," she reveals. "Besides, I think men appreciate confidence more than perfection."

The singer was set to star on "The Voice" just two months after welcoming her son Milan with her soccer beau, Gerard Pique -- so how did she get camera ready in such a short amount of time? The 36-year-old set a goal for herself! 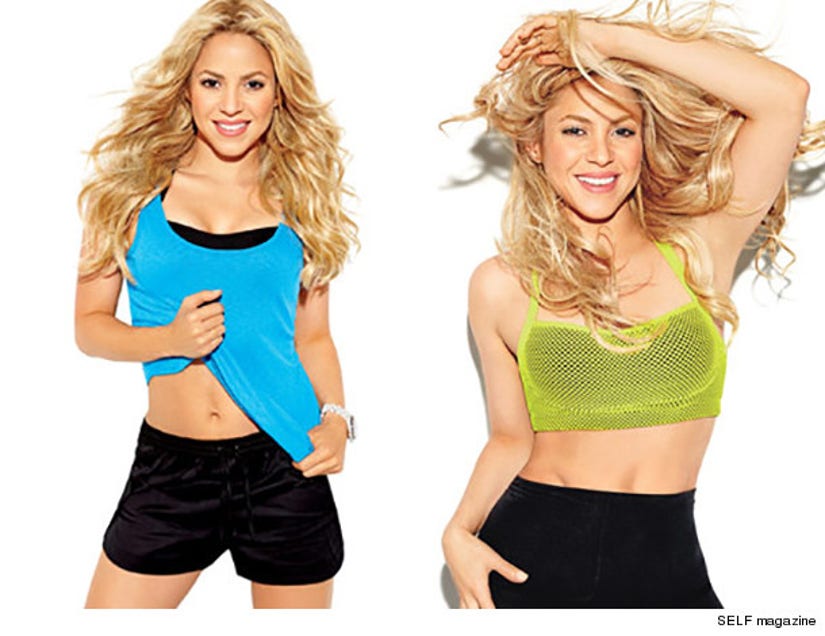 "After the delivery, you look like a shar-pei!," she tells the mag. "I did Zumba throughout my pregnancy. That helped me not gain too much weight."

But to drop that post-baby weight, the blonde beauty tells the mag that she stepped up her workouts and did Zumba four to five mornings a week, and even personally trained with the workout creator Beto Perez.

The cardio-intense dance moves left Shakira with some awesome legs, and a nice rear (which she doesn't mind bragging about!). "I'm quite proud of my rear," she admits.

She also watched what she ate -- after giving birth, her diet consisted of 200-250 calories per meal, and each were full of protein and fiber.

It definitely looks like all of Shakira's hard work has paid off -- those hips, don't lie! How do you think she looks?

Tell toofab in the comment section below, and see more celebrity post-baby bods in the gallery above!