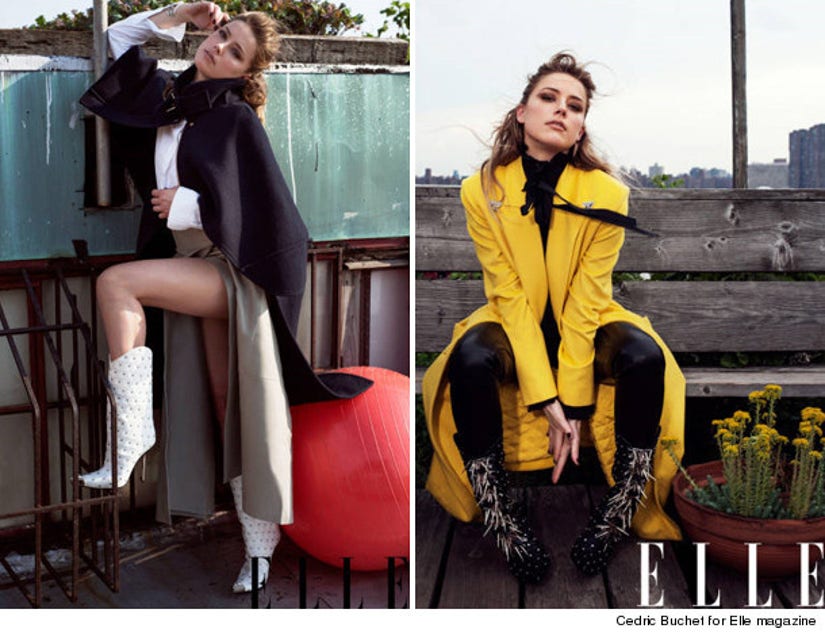 Amber Heard may be dating one of Hollywood's hottest actors (Johnny Depp!), but that doesn't mean she's thinking about marriage yet!

The "Paranoia" star graces the September issue of Elle magazine, where she opens up about her thoughts on marriage, the roles she'd like to play and coming out.

Amber met Depp on the set of "The Rum Diary" in 2011 ... and the two have been quietly dating over the last year -- but even though engagement rumors have been surfacing, the actress deflects questions by insisting that she doesn't plan to tie the knot anytime soon!

When the mag asked the 27-year-old about her thoughts on marriage, she admitted that she's not one to follow a certain kind of path.

"I don't imagine myself, my work, or my life, fitting into any kind of standardized path. In fact, the idea of there even being a standard freaks me out a lot," she admitted to Elle. 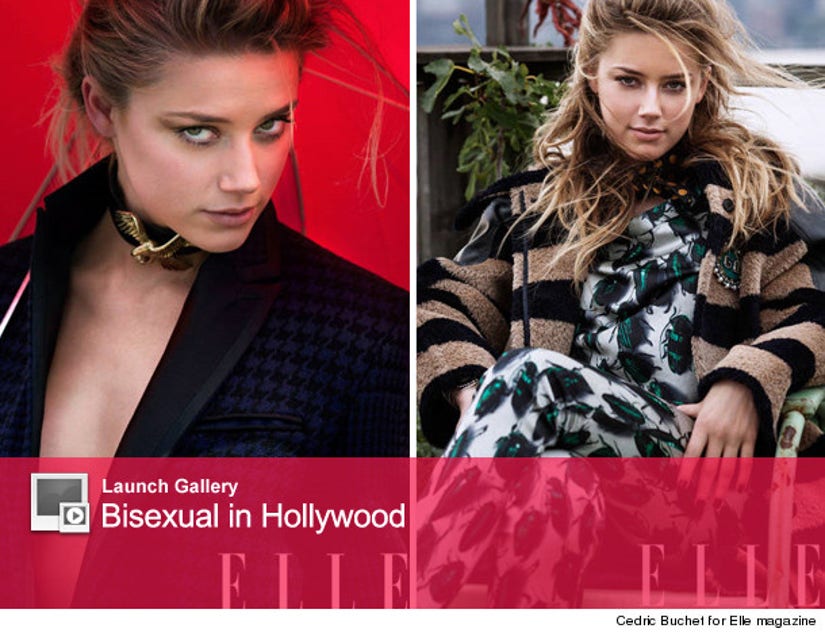 The blonde beauty has a very timeless appeal, she's even become a bit of a style icon (in her own right) in the last few years for bringing old Hollywood glamour back on the red carpet.

Amber admits that while she's been typecasted to play the "object of affection," she'd rather portray a woman with an edge, with power.

"I try to play characters who are somehow empowered or strong. People want to put me in a wedding dress and make me the object of affection, but I'd much rather shoot the gun and save the world," she said.

Heard is also one of the few actresses in Hollywood who have openly come out as bisexual, and while she generally keeps quiet on her personal life and romantic relationships, her sexuality is not something she's ever been ashamed of.

On coming out as bisexual in 2010, Amber told the mag "I didn't want to look like I was hiding anything. I'm not, as wasn't ever, ashamed."

We can't wait to see what the actress does next. For more of Amber's interview check out Elle.com, and click "Launch Gallery" above to see more of Hollywood's bisexual stars!