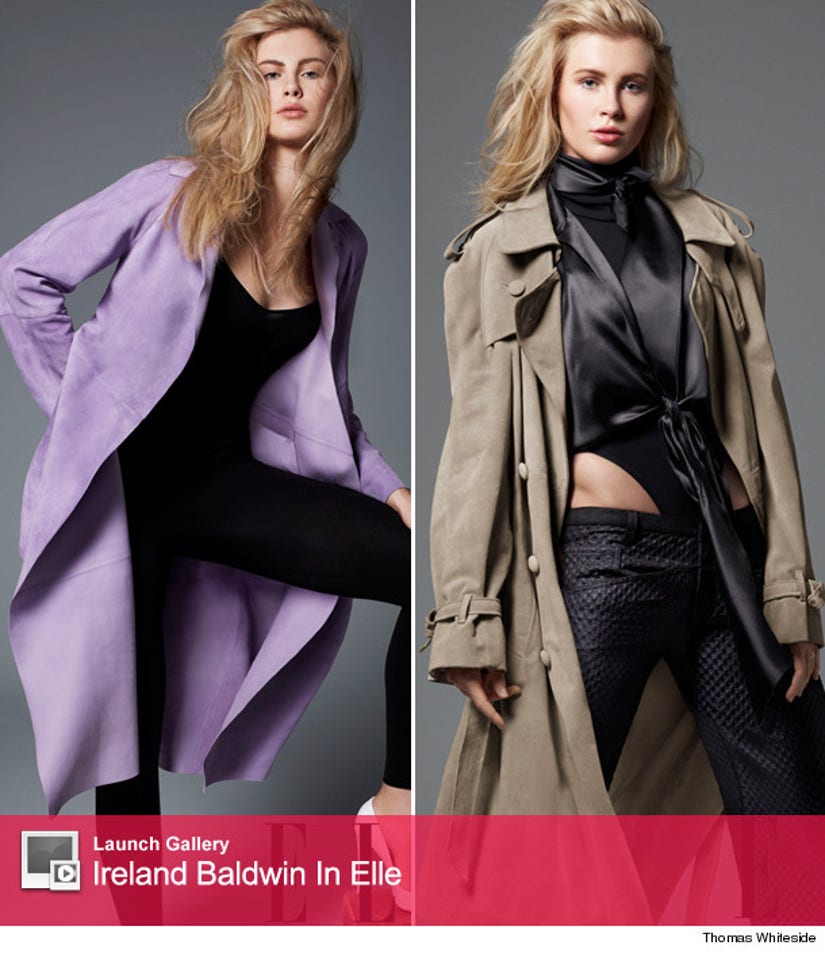 Ireland Baldwin is on the rise.

And while she looks incredible in the spread, she gets honest about some of the online scrutiny she gets for her looks and because of who her parents are.

"After getting a dose of it myself, I learned it may be the photo of the day -- of the next three days -- but it goes away," she says.

"There's always something new that's going to come up and happen, and you're history," Ireland adds. "In the end -- this is going to sound dark -- in the end you're going to die, and all those photos never mattered."

Baldwin also talks about her famous mama, telling the mag "She looks like she's my age. Her body, I swear, it's scary."

Ireland even reveals it was her mom's idea to get into modeling -- saying "She thought it would be good for my confidence because I never really thought of myself as a pretty girl."

Check out more of Ireland's photos from Elle in the gallery above, plus see how she's grown up in the public eye!