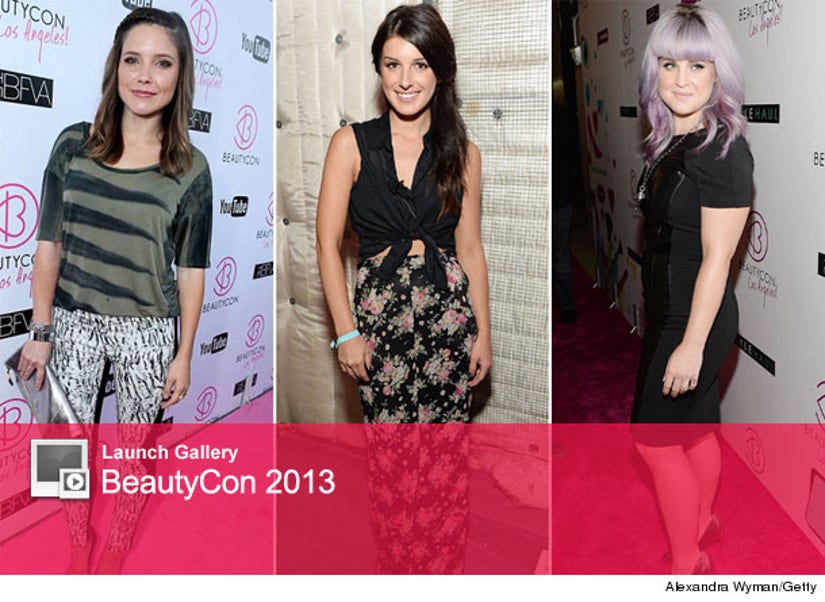 The stars were out in full force at BeautyCon 2013 in Hollywood last week.

With celebrities like Kelly Osbourne, Jeannie Mai and Christina Milian in attendance, there were lots of wild personalities -- and hair colors!

The event kicked off with the BeautyCon Summit Hollywood on August 22nd at the new YouTube space in Los Angeles. Christina and Sophia Bush were among the panelists where they discussed beauty trends in the digital space, along with notable beauty bloggers Kandee Johnson, Mr. Kate, Elle and Blair Fowler and more. Brands like Neutrogena, Jurlique, Joico Hair Care, Revitalash, Lightening Whitening, LORAC, Destiny Candles, and Bare Minerals were on hand to showcase their products.

BeautyCon continued with the main event at Siren Studios in Hollywood, where hundreds of guests interacted with more beauty influencers and products. "90210" alum Shenae Grimes and her husband Josh Beech not only spoke on panels but also served as deejays! Kelly rocked her new lavender hair. Luckily, celebrity colorist George Papanikolas was on hand to give tips attendees inspired by the unusual colors.

Traditional brands like Bare Minerals, See You Monday Clothing, Minx Nails, Million Dollar Tan, Bellami Hair, Proactive skin care and digital brands such as Epoxy, Uber, Pose, and Lulu's were among those featured. Click on the "Launch Gallery" link above to see all the celebrity attendees at BeautyCon!