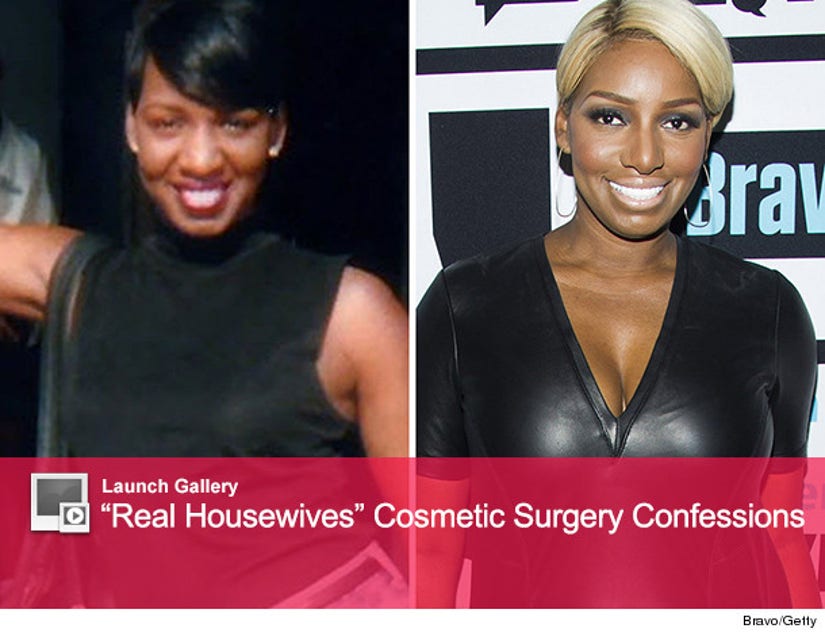 NeNe Leakes stopped by "Bethenny" on Thursday and denied that she's ever had any work done, saying, "Why would I need plastic surgery?"

Let's refresh her memory, shall we?

The 45-year-old "I Dream of NeNe” star has had a nose job, boob job, a breast implant reduction, breast lift and liposuction in the past -- and even filmed some of the operations for "The Real Housewives of Atlanta."

If by "plastic surgery," she actually meant Botox or fillers, she should say she's never had any non-surgical cosmetic procedures.

But just for giggles, the newly-minted TV host snatched up a magnifying glass, inspected Ms. Leakes forehead and stated that Nene was the real deal.

From Brandi Glanville to Bethenny Frankel herself, the Real Housewives have been called out in the past for having an excessive amounts of surgical and non-surgical procedures to enhance their looks. Check out who's admitted to what in the gallery above!

And as bonus, check out this sneak peek of "The Real Housewives of Atlanta" Season 6, premiering November 3 on Bravo.