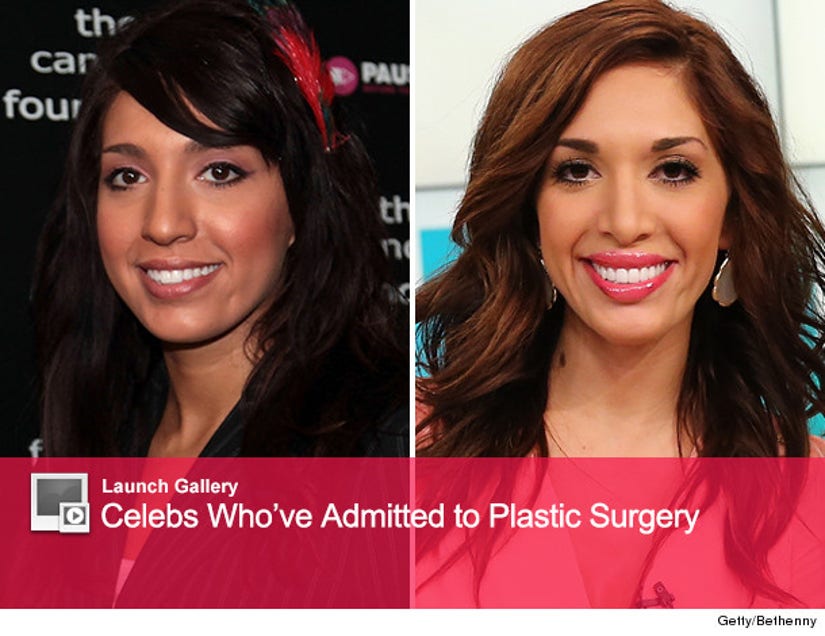 Farrah Abraham is looking even more unrecognizable these days.

The "Teen Mom" appears on "Bethenny" Monday, where she talks about he numerous nip/tucks. Her latest procedure? Lip injections -- not that you can't tell from looking at Farrah up close -- or 20 feet away (they're beginning to rival Courtney Stodden's protruding puckers).

Farrah counted off her cosmetic surgeries to host Bethenny Frankel. Find out what she's had done. Remember, she's only 22 years old:

Farrah later took flak from the "Bethenny" audience for waxing her then 3-year-old daughter's unibrow, which she described on her blog:

"Sophia feel a sleep [sic], I got my tweezers and Pluck-pluck-pluck......soph was now saying ouch or anything and still was asleep, I got most of it off and then finally she woke up..I went to sleep. The next morning I showed her and told her how well she did and she didn't even know, She was more intrigued now to be ok with upkeeping her non-unibrow. I could tell she was proud."

Be sure to tune into "Bethenny" on Monday, October 28 to see more of Farrah's interview, including how she dealt with her high school boyfriend's death. And click on the "Launch Gallery" above for more stars who've admitted to getting plastic surgery.