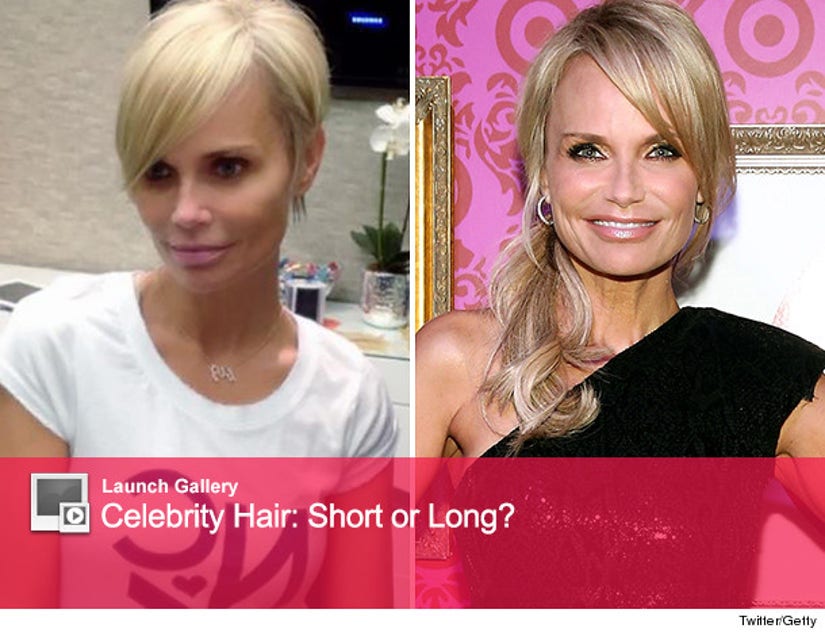 Kristin Chenoweth has said goodbye to her long locks!

The "Glee" star showed off her short new 'do via Twitter on Friday. Wearing a simple white T-shirt for the cute candid Krisin tweeted, "#weareThunder new haircut. New year. Championship? Oh yea.," along with the photo.

This may just be a temporary look for a movie though. Chenoweth's hairstylist Jonathan Hanousek also tweeted a picture of the blonde beauty's new 'do and revealed a few extra details.

"Look who came to the salon today!!! @KChenoweth went short today for her new film!! We had sooo much fun! #Cropcut #Short #BrightBlonde," he posted along with a similar pic of the 45-year-old actress.

We're kind of loving Kristin's new look -- what do you think? Tell toofab in the comment section below, and click "Launch Gallery" above to see more stars with short and long hair!