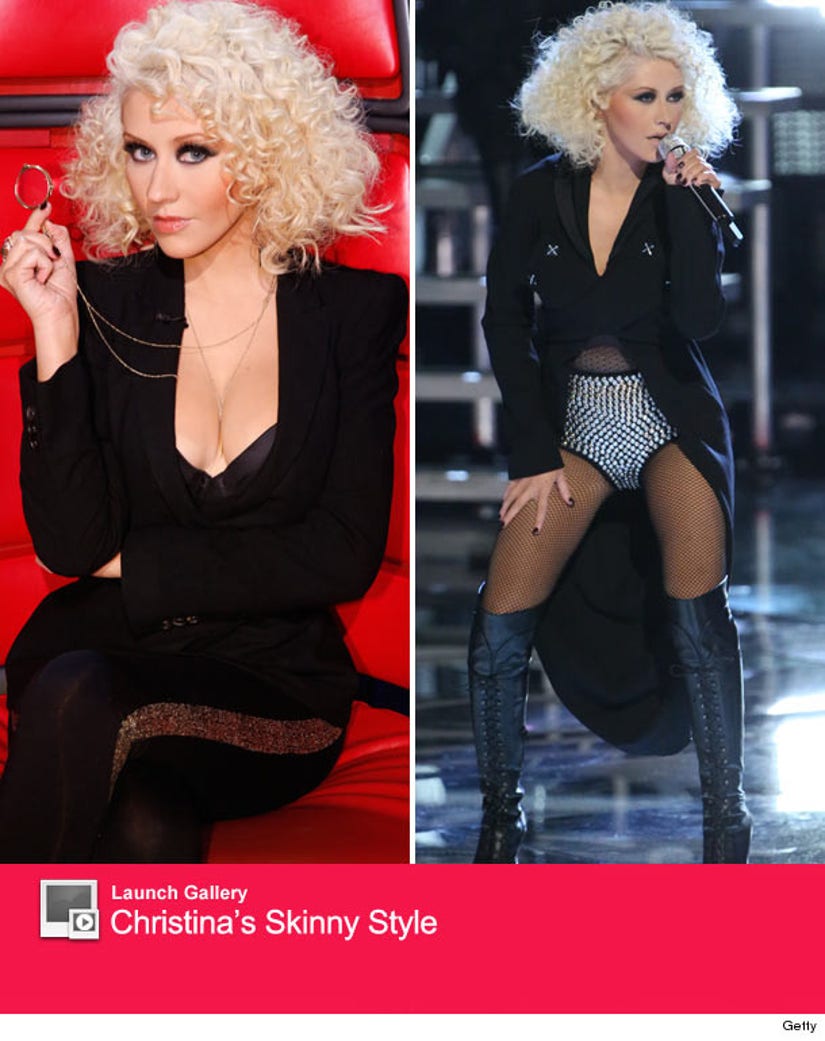 Christina Aguilera continued her style evolution on "The Voice" last night -- showing off her brand new bod and brand new 'do!

While she's been sporting short hair for a little bit now, the singer decided to kick it up a notch, as she was seen rocking a perm on Tuesday night's episode of the NBC reality show.

And while she showed off some killer cleavage from the comfort of her red chair, X-Tina flaunted even more of her hot physique during a performance with her remaining contestants. 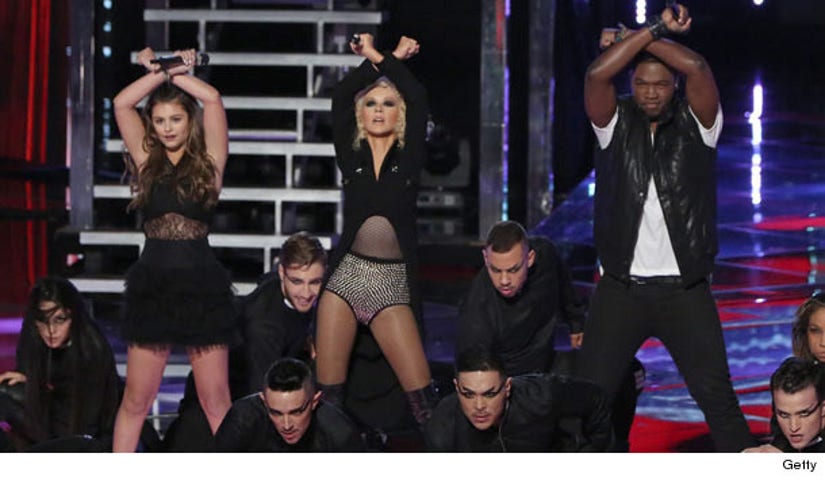 Wearing leather boots, a studded pair of hot pants and a black jacket with coattails (with nothing underneath), Aguilera was lookin' gooooood.

While her costar Adam Levine may have just been named Sexiest Man Alive, Christina is clearly in the running for Sexiest Woman!

See more of her skinny style in the gallery above. What do you think of her new look?