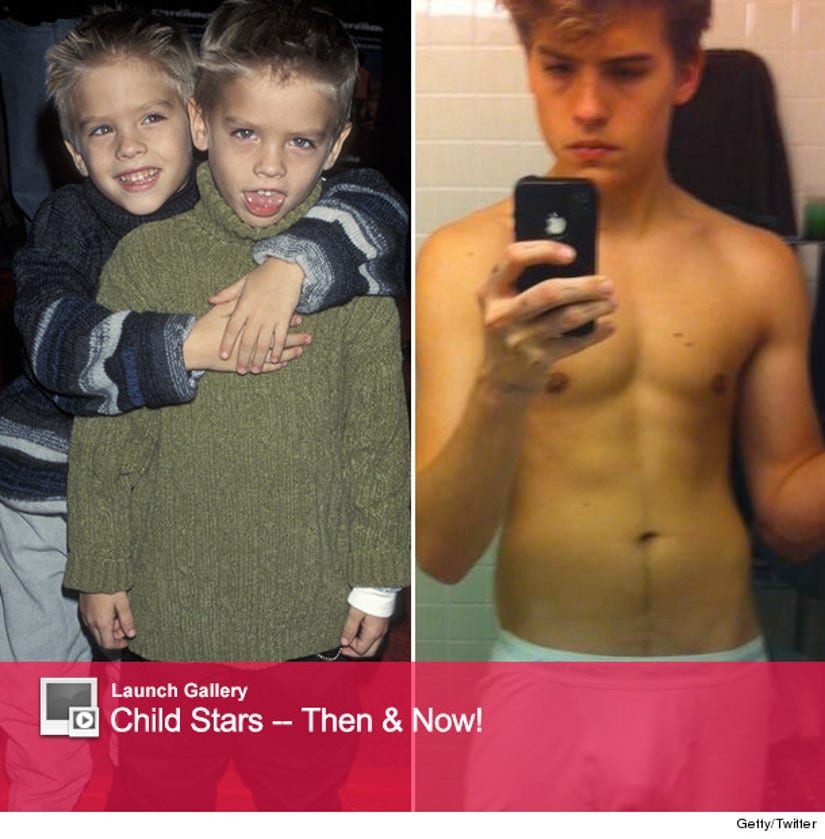 Dylan Sprouse is taking his nude photo scandal "like a man!"

Two revealing pics of the former child star were posted online and quickly went viral this weekend. One showed the now 21-year-old college student posing in just his boxers in front of a bathroom mirror (above). In the other, he's completely naked.

But, instead of denying the photos were of him, he quickly fessed up on Twitter -- and now he's setting the record straight about the unfortunate incident on his Tumblr page.

"First off, I will state that the reason I'm making light of the situation is because I don't think what I did was wrong," Sprouse wrote. "To be blunt, I was proud of my progress in the gym, thought I looked hot, and wanted to share it... Not exactly ideal, but I'm to blame and I'll look this incident in the eye like a man."

We love that Dylan is owning up to his mistake, and he's not afraid to poke fun at himself!

"I'm not proud of this incident's potential lasting effects on my academic and artistic integrity. But I'm making the best of it through humor and I'm getting this shirt made today," Dylan added, along with a picture of his nude snapshot superimposed on a t-shirt.

He even called out his critics for saying he leaked these candid photos to get attention.

"I gained 200,000 followers on twitter, 40,000 followers on tumblr, and 20,000 followers on instagram…. It seems to me that the majority of people are actually praising this act as some sort of device to receive fame (or infamy). Why? I have no clue," Dylan wrote. "I don't entirely condone it though. I'll make it clear my intent was for this not to happen, and how it has affected me so positively is an enigma to me that rings true of the human condition. Maybe people just like to see others mess up?"

We think Dylan handled the situation perfectly, but what do you think about his reaction? Tell toofab in the comment section below.

Click "Launch Gallery" to see your favorite child stars, then and now!