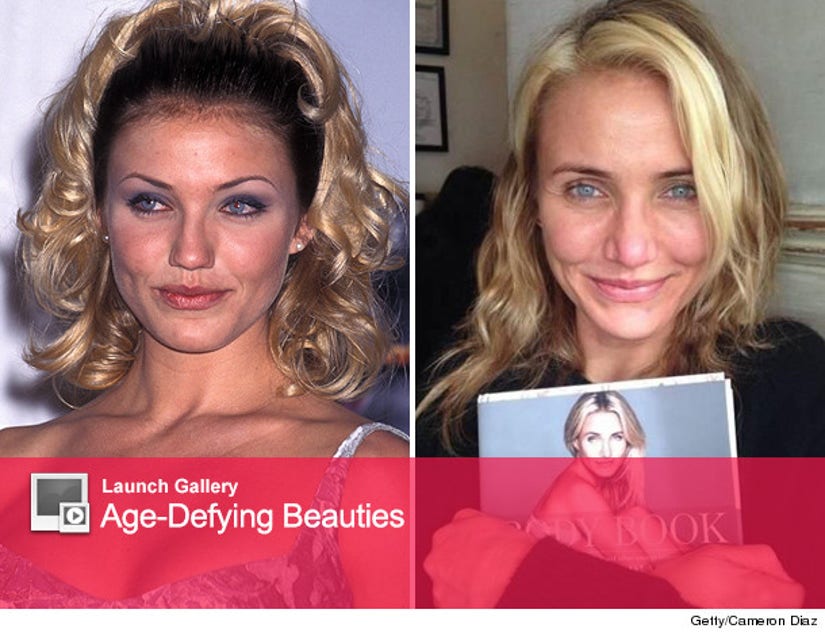 Cameron Diaz is a firm believer in aging gracefully!

The actress just opened up to People about getting older in the spotlight, healthy eating and her new book, "The Body Book: The Law of Hunger, the Science of Strength, and Other Ways to Love Your Amazing Body."

The blonde beauty says that she feels more confidant today about her looks than when she was in her 20s.

"I don't want to look like I did when I was 25," she tells People. "I like the way that I look now better than when I was 25. I can't help that other people may be uncomfortable with that, but that's not my responsibility to make them feel okay with the fact that I'm getting older. I'm okay with it. I like it."

Cameron also says has a problem with the pressure placed on women to turn back time when it comes to their maturing looks.

Diaz also says that she wishes women would stop attacking other women based on their looks. The actress likewise stresses how important it is, as a society, to allow women to age gracefully.

"The Other Woman" star also attributes her new found self-assurance to the changes she's made in her diet.

"I used to have really bad skin and that was absolutely due to the food that I was ingesting," she reveals. "I lived on processed fast food. I drank a ton of soda and I ate greasy, fatty, cheesy foods consistently. I went around with really bad acne well into my early 20s. Even into my 30s, when I was still eating a lot of dairy. I'd get those little white bumps all over my skin – I stopped eating dairy and it completely changed my skin."

We think the 41-year-old looks better than ever -- and it's nice to hear a celebrity, like Cameron, speak out about the aging politics and pressure women are faced with today.

What do you think about Cameron's candid confessions? Tell toofab in the comment section below, and see even more age-defying beauties in the gallery above!