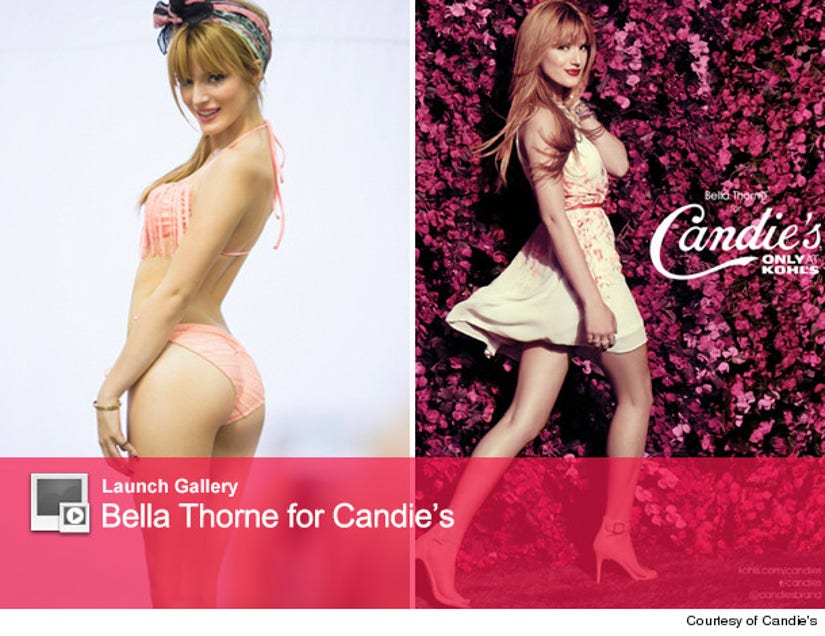 Bella Thorne can add Candie's Girl to her resume now!

The Disney star is the newest face for the popular brand, and she's showing off her long legs and bikini bod in the first round of promo pics.

The "Shake It Up" actress was thrilled when she found out the big news. "When I received the call that I was going to be the next Candie's girl I literally screamed out loud 'YES!' because I was so excited. The campaign is about being girly, feminine and having a confident outlook on life,” she explains about the new modeling gig.

The red-headed beauty has big shoes to fill though -- Britney Spears, Fergie, Lea Michele and Carly Rae Jepsen have all starred in campaigns for the brand in the past.

In one of the photos, Bella poses in a pink fringed-bikini with white sneakers and a scarf in her hair. In another, she's seen posing in a pink bra.

While we think Thorne looks amazing in some of the pics, a few of them are definitely a little racy for a 16-year-old.

What do you think of Bella's Candi's photo shoot? Tell toofab in the comment section below, and check out more shots of the actress from the shoot in the gallery above!