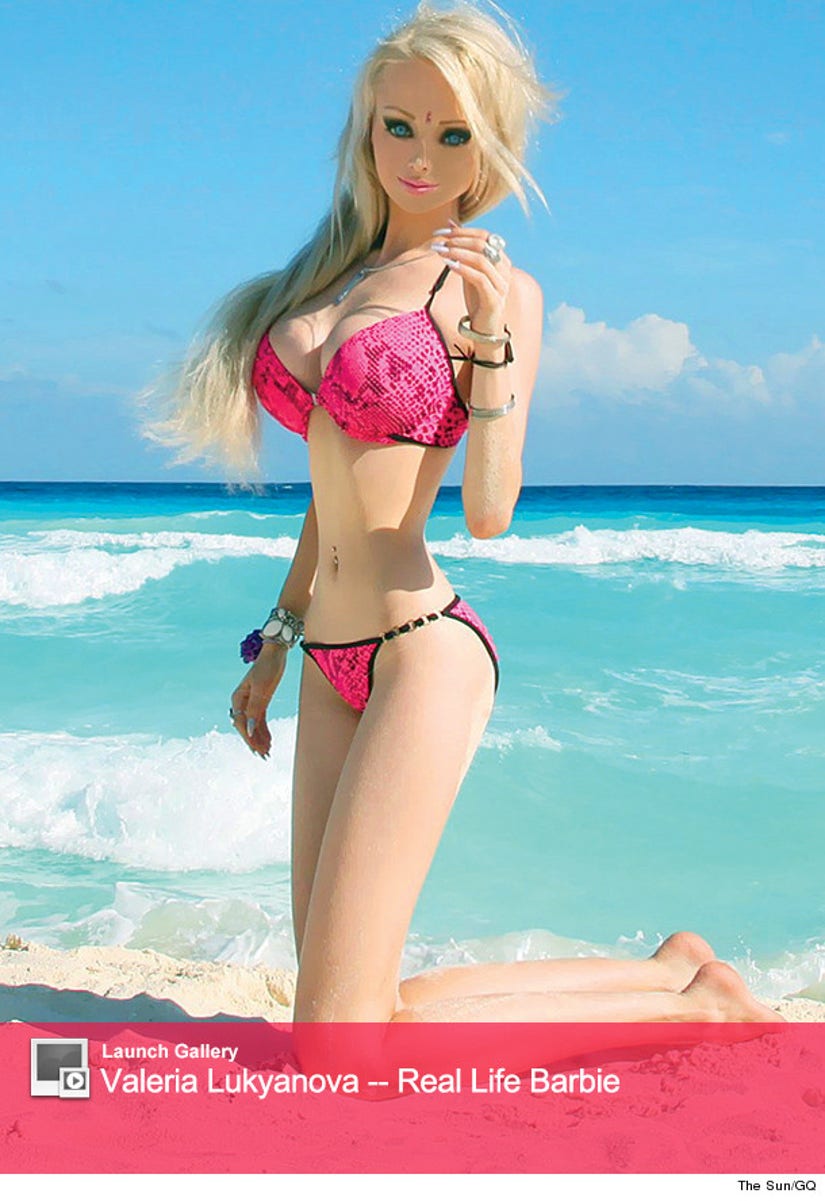 The Human Barbie has no plans to reproduce.

In a bizarre new interview with GQ, the impossibly-proportioned Valeria Lukyanova opens up about motherhood, revealing why she never wants to have children.

"The very idea of having children brings out this deep revulsion in me," she tells the mag. "Most people have children to fulfill their own ambitions, not to give anything. They don't think about what they can give this child, what they can teach her. They just try to shape her according to some weird script -- whatever they couldn't do in life, like becoming a writer or a doctor."

"I'd rather die from torture," she adds, "because the worst thing in the world is to have a family lifestyle."

While she may have a point or two there, she quickly loses credibility when talking about why the "ideal" of beauty is so different these days.

"That's because of race mixing," she matter-of-factly tells GQ.

"Ethnicities are mixing now, so there's degeneration, and it didn't used to be like that. Remember how many beautiful women there were in the 1950s and 1960s, without any surgery? And now, thanks to degeneration, we have this."

Yeah, sounds just a little bit racist to us -- and even the guy who interviewed her compared Valeria to a "racist space alien." At least she won't be sharing her beliefs with any children!

Check out the gallery above to see more extremely strange photos of Valeria -- and read GQ's full piece on her here.