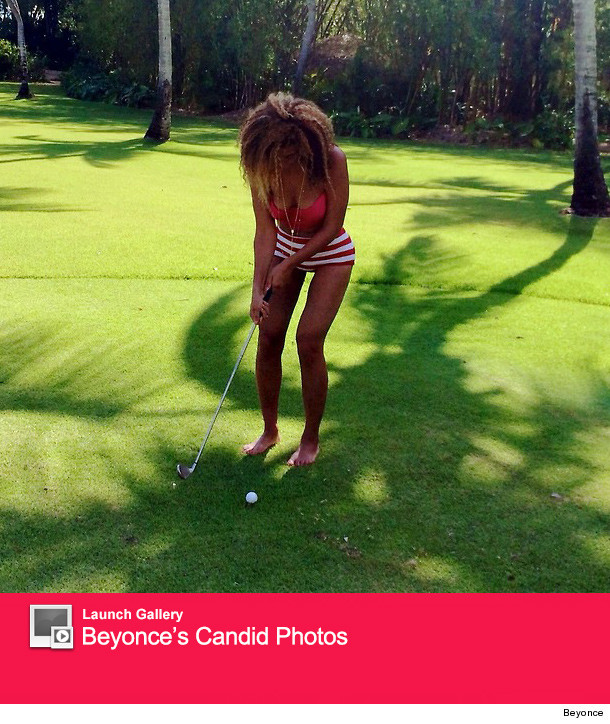 Look at that photo above ... something just doesn't look right, right?

Beyonce shared a photo of herself golfing in a bikini on her official website and Instagram accounts today, and a lot of attention is now focused on what's going on between her legs.

We're talking about the noticeable "thigh gap," which many are saying is Photoshopped into the singer's natural (and totally amazing) curves.

The Frisky first alerted us to the photo, saying that it appears a clone stamp tool was used "to whittle down Bey's thighs and butt area, just enough to look unnoticeable and natural at first glance."

Many fans are agreeing with the site, taking to Twitter and the comments on her Instagram page to vent their own frustrations with the photo.

really @Beyonce? we all love your thick thighs. NO reason to photoshop a thigh gap in there..

With her her money, Beyoncé should be able to pay someone who is better at Photoshop.

Quite taken back by the fact beyonce photoshopped her legs 😒 #elovedemthickthighs

Do you think she altered the photo before posting it on her social network ... or is it just a really strange angle? Let us know what you think below!

And compare with other bikini pics in the gallery above.