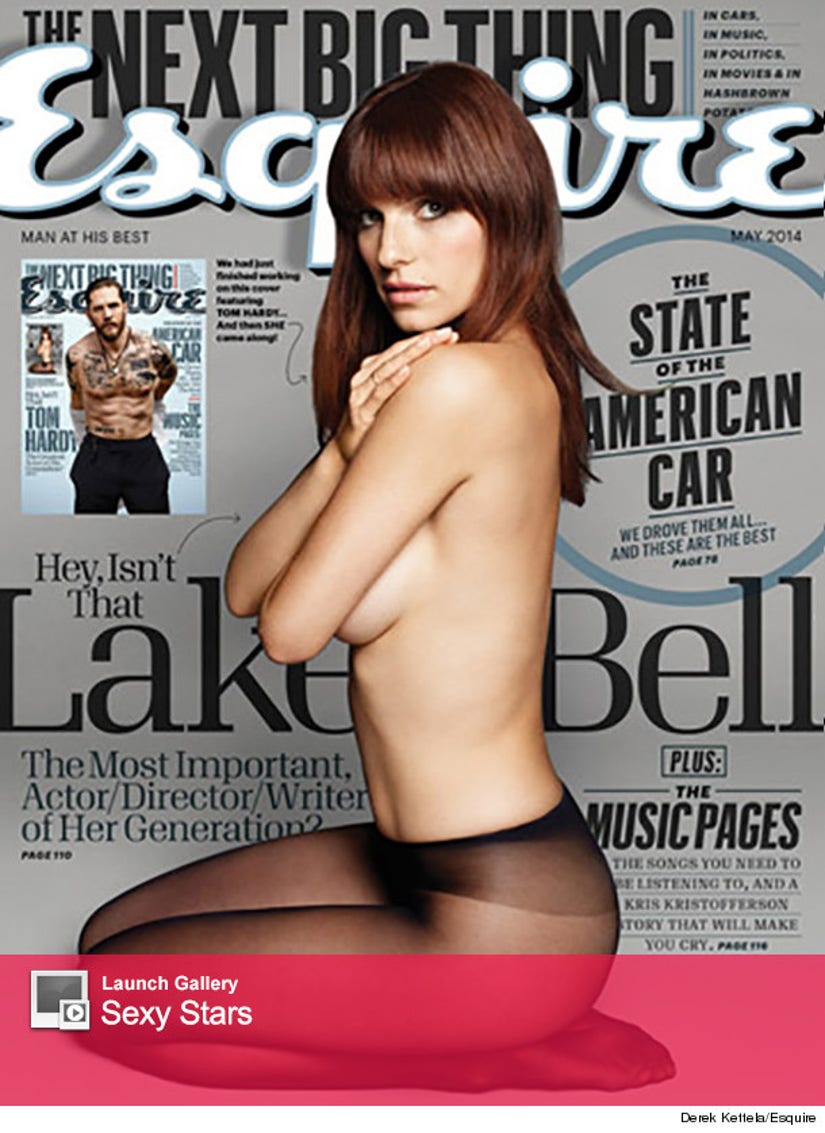 The 35-year-old star poses completely topless in the May issue of Esquire, wearing only a pair of sheer back tights.

In the racy pics, the brunette beauty shows off her toned tummy as she covers up her assets and looks seductively at the camera. 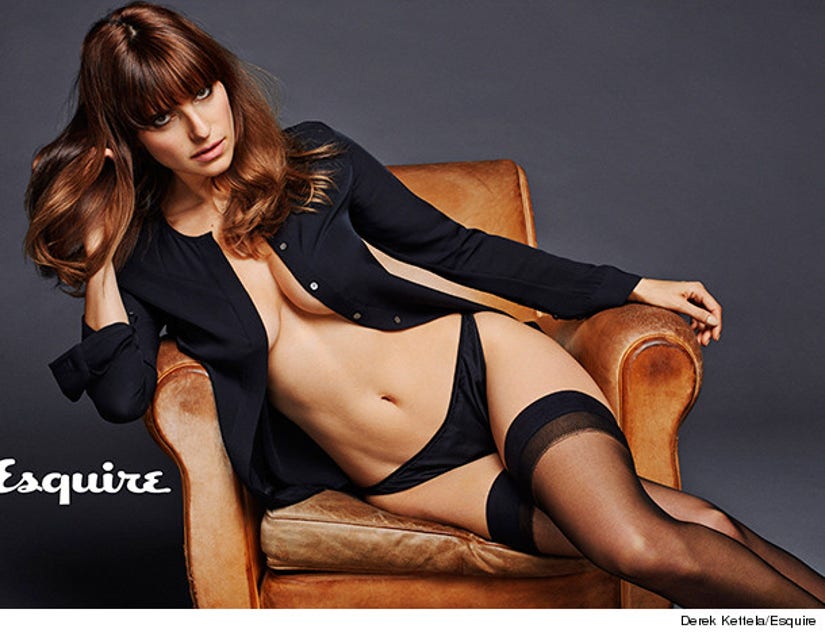 We're not surprised to see the actress/writer/director nab the cover of the magazine's Next Big Thing issue, as her directorial debut, "In A World," (which she also wrote, produced and starred in) has gotten rave reviews.

This isn't the first time that Bell has stripped down for the cover of a magazine! 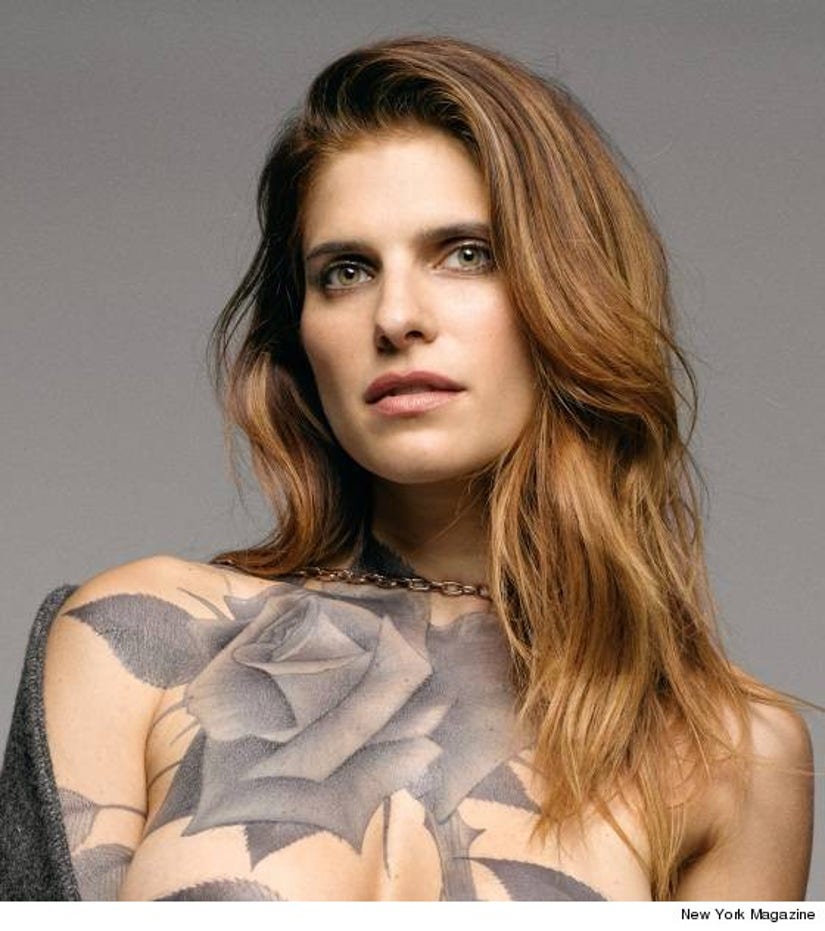 "I've done it in the past, and I really don't care," she explained. "I have a sense of humor about nudity and all that. It's like, Hey, so what, we all get naked. In a more serious way, there is a female empowerment–there is something powering about being nude–and just owning it."

What do you think of Lake's sultry shoot? Sound off below, and click "Launch Gallery" above to see more sexy stars.