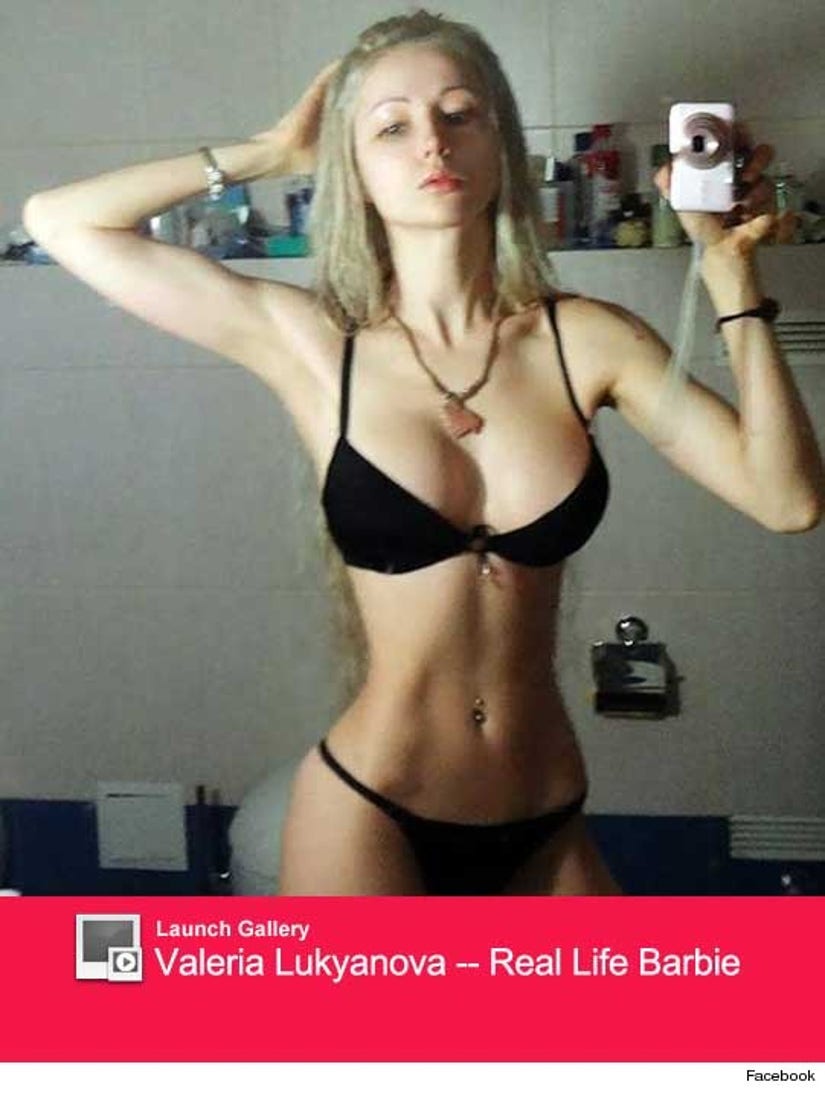 Even the "Human Barbie" takes a day off from her makeup routine!

In the pic, the 28-year-old is posing in a black two-piece, without her signature Barbie contact lenses, stage makeup and hair extensions.

In a recent interview with GQ, Valeria shared her shocking opinion on why the "ideal" of beauty is so different in the present day.

"That's because of race mixing," she told the mag. "Ethnicities are mixing now, so there's degeneration, and it didn't used to be like that. Remember how many beautiful women there were in the 1950s and 1960s, without any surgery? And now, thanks to degeneration, we have this."

Sounds just a little racist to us!

Valeria isn't alone in her quest to appear as perfect as a doll. So, what does "Human Ken" think of her? 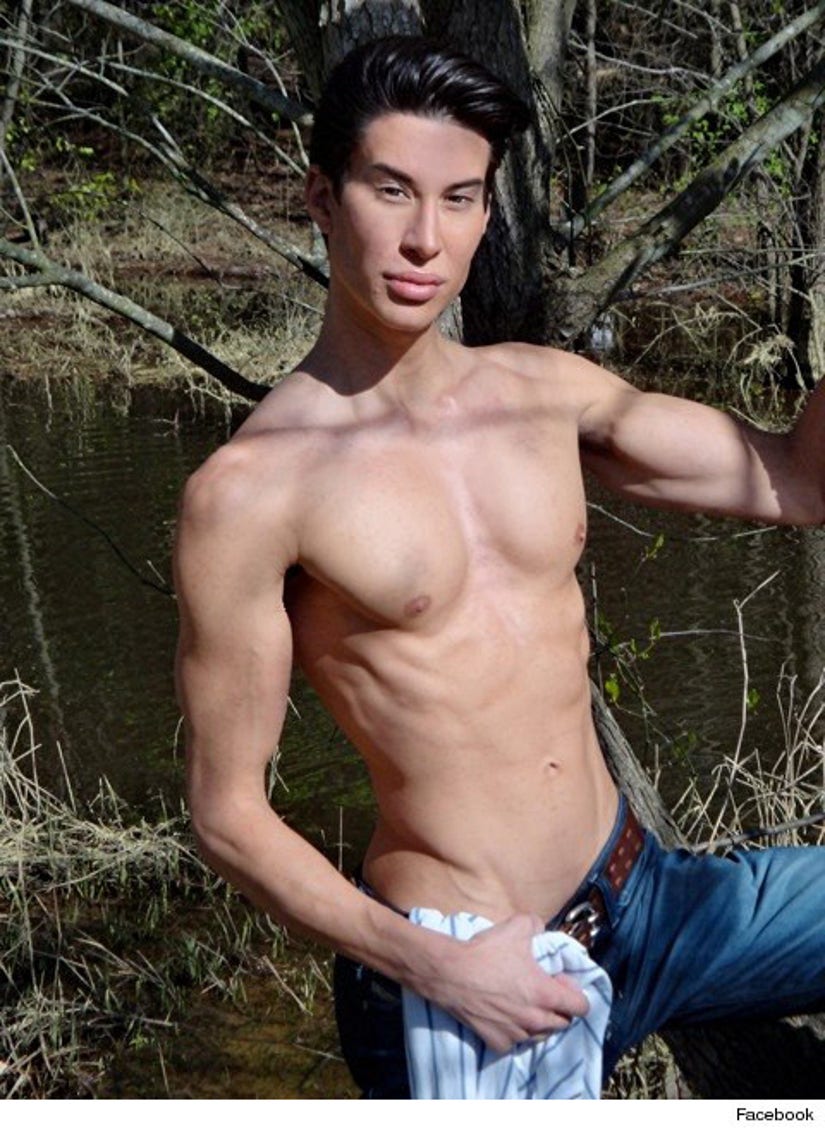 Justin Jedlica tells the Daily Beast that she's an "illusionist" who's "kind of hanging onto straws" with the offensive things she said in her GQ interview.

"I mean, give me a break," Justin says of her "whole weird shtick about multi-racial people" and "why we have plastic surgery."

"It's so inconsequential. And moreover, it's damaging," he says. "She's getting out there and basically preaching Nazism."

In terms of her doll-like appearance, Justin isn't convinced that they have the same motives.

"She knows how to do her makeup like stage makeup and give herself different features," Justin adds. "The same techniques are used in theater all the time and with drag queens. 'm not saying she's a drag queen, but it's something completely different from me."

Well, they clearly won't be moving into the Dream House together!

What do you think of his candid comments? Sound off below, and click "Launch Gallery" above to see more pics of the Real Life Barbie.