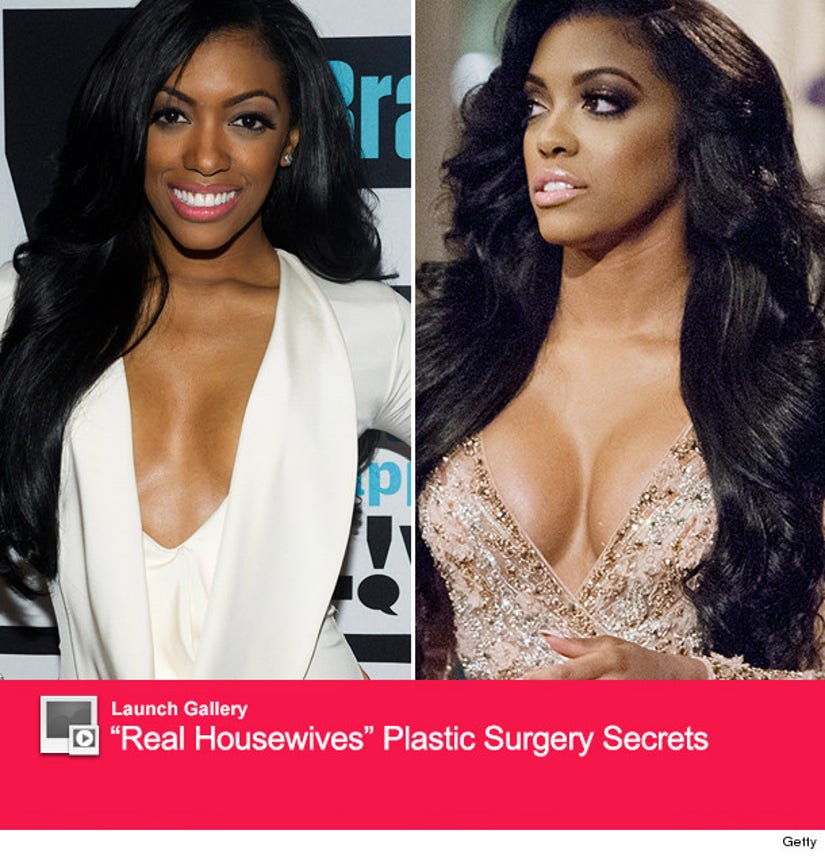 The "Real Housewives of Atlanta" star put some new curves on display in a recently-released sneak peek at the show's upcoming reunion special -- sporting an extremely low-cut dress that brought attention squarely on her chest.

"Something looks different about you," Andy Cohen asks her in a sneak peek.

"Do they look new? Smell 'em," she responds, while showing off her decolletage.

The reality TV star set off rumors of a boob job back in March, when she posted some photos of her perky pair online. It looks like she'll probably confirm the rumors during the special.

The reunion preview also gives us a sneak peek at the big fight between Stewart and Kenya Moore, who really got into it during taping.

The three-part reunion kicks off April 20 on Bravo. We'll definitely be watching!