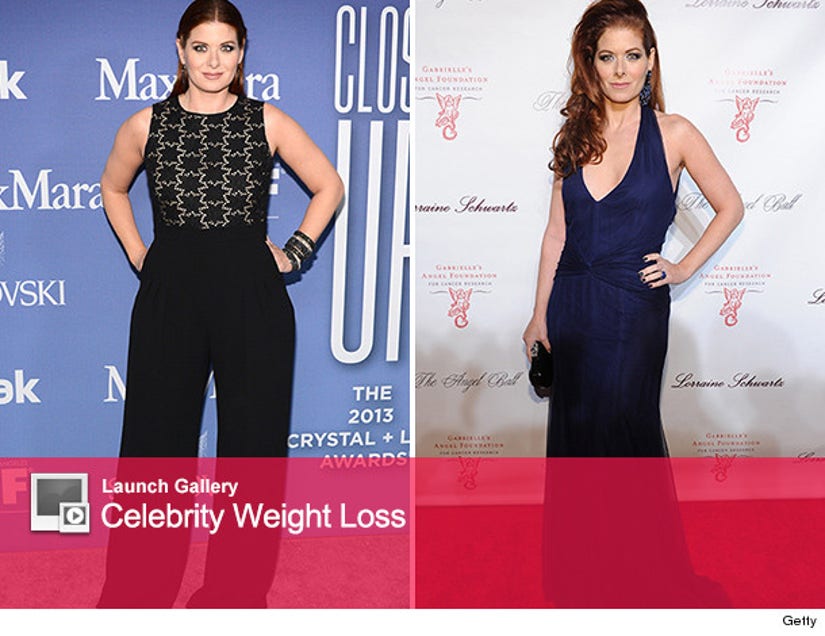 Debra Messing is looking better than ever!

The 45-year-old actress revealed this week that she dropped 20 pounds after making some changes to her lifestyle and eating habits.

"About two to three years ago, I made a very, very big change the way I approach nutrition," the "Smash" star told ABC. "I think it made a big difference in how I look or at least how I'm perceived to look."

"I lost like 20 pounds," she added. "It wasn't my intention, that wasn't why I made the change. I made the change because I was just tired all the time. For a long time, I just accepted that was the plight of a working, single mother. You're juggling everyday."

The "Will and Grace" alum admitted that she grew up eating "crappy foods."

"I grew up on fast food and candy every day," she said. "Pizza and french fries and burgers -- I love food and I've always loved food. Vegetables were not a part of my life at all."

Now, she is focused and feeling the difference from head-to-toe.

"I'm just eating really, really clean healthy foods," she said. "Obviously I knew there was an association between what I ate and whether I gained 10 pounds or lost 10 pounds, but it never really became a reality for me that it shows on the outside in your hair and skin and even the clarity of your eyes. I was just stubborn."

She kicks off her mornings with a green juice. "[That includes] kale and spinach and celery and ginger and lemon and cucumber," she said. "At least I know I'm starting my day and getting a big shot of nutrients that I need. I start out strong."

So, what's next for the svelte star? She recently filmed the pilot for NBC drama, "The Mysteries of Laura."

Debra looks amazing -- what do you think of her thinner frame? Tell toofab in the comment section below, and click "Launch Gallery" above to see more celebrity weight loss success stories!