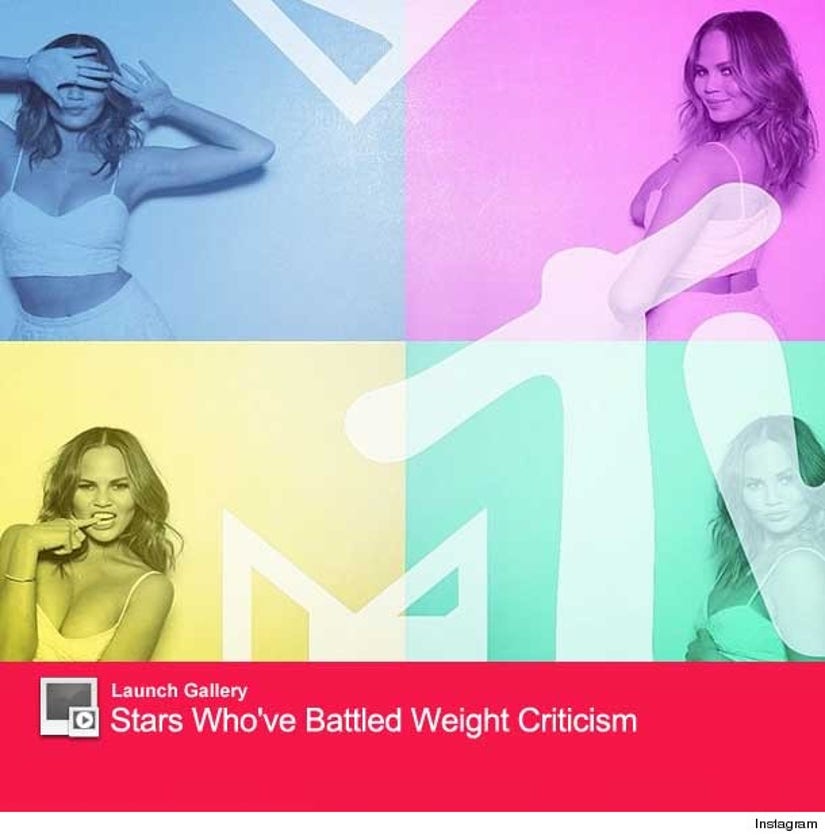 Chrissy Teigen is calling out her haters!

The Sports Illustrated Swimsuit beauty shared a screenshot of Instagram users who criticized her body. "You gained weight?" one follower asked. "Putting on that weight momma," another one wrote.

The stunning supermodel then took to Twitter to call out the bullies who called her fat, stemming from the MTV photo above.

"Honestly f**k you all. Why do I even open anything up to you," she tweeted. "In what other real life situation would you walk up to someone and tell them they're fat or gained weight? Seriously you are POS. I don't know why I am always surprised when you let me down. I gotta get used to this s**t. It's amazing to me that I am told to get over the a--holes but the a--holes are never told to stop being pieces of s**t. Anyhow over and out."

Tell us how you really feel, Chrissy!

John Legend's lady isn't the only celebrity to stand up for herself against those fat-shaming haters.

Alyssa Milano started a Twitter war with Jay Mohr after he commented on weight after the birth of her child in August 2011. "I think it's an interesting statement about where we are socially that people feel that they can sort of rip a woman's body apart after having a baby. I don't think it's fair," Milano explained.

What do you think about Chrissy taking a stand? Tell toofab in the comment section below, and click "Launch Gallery" above to see other stars who've faced weight criticism.