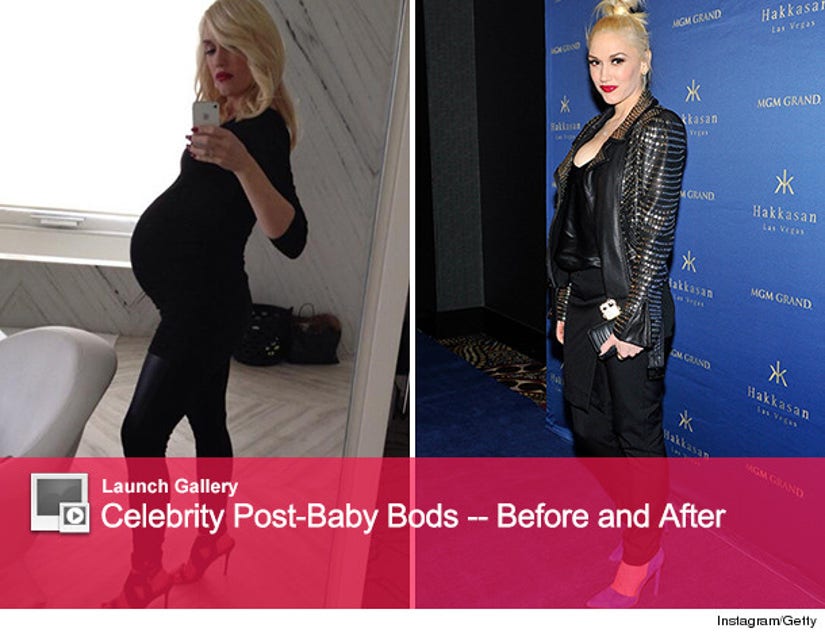 The No Doubt singer hit the red carpet for the first time since welcoming her third child -- and she looked amazing.

The 44-year-old attended the anniversary celebration of Hakkasan Las Vegas Restaurant and Nightclub in Las Vegas on Saturday, rocking a black top and matching trousers, a studded black leather jacket and blue suede stilettos. The new mom pulled her blonde locks up into a high ponytail and added a pop of color with a bold red lip.

The mother-of-three seems to have shed most of her baby weight, just two months after having son Apollo Bowie Flynn Rossdale on February 28.

She made her first public appearance since giving birth at Coachella, when she hit the stage with Pharrell ﻿as a surprise guest.

"Feels good to be out of the cave," she tweeted about her re-emergence into the public eye, which seemed to go over very well with the Coachella crowd.

What do you think about Gwen's post-baby bod? Tell toofab in the comment section below, and click "Launch Gallery" above to see more celebrity moms, before and after!