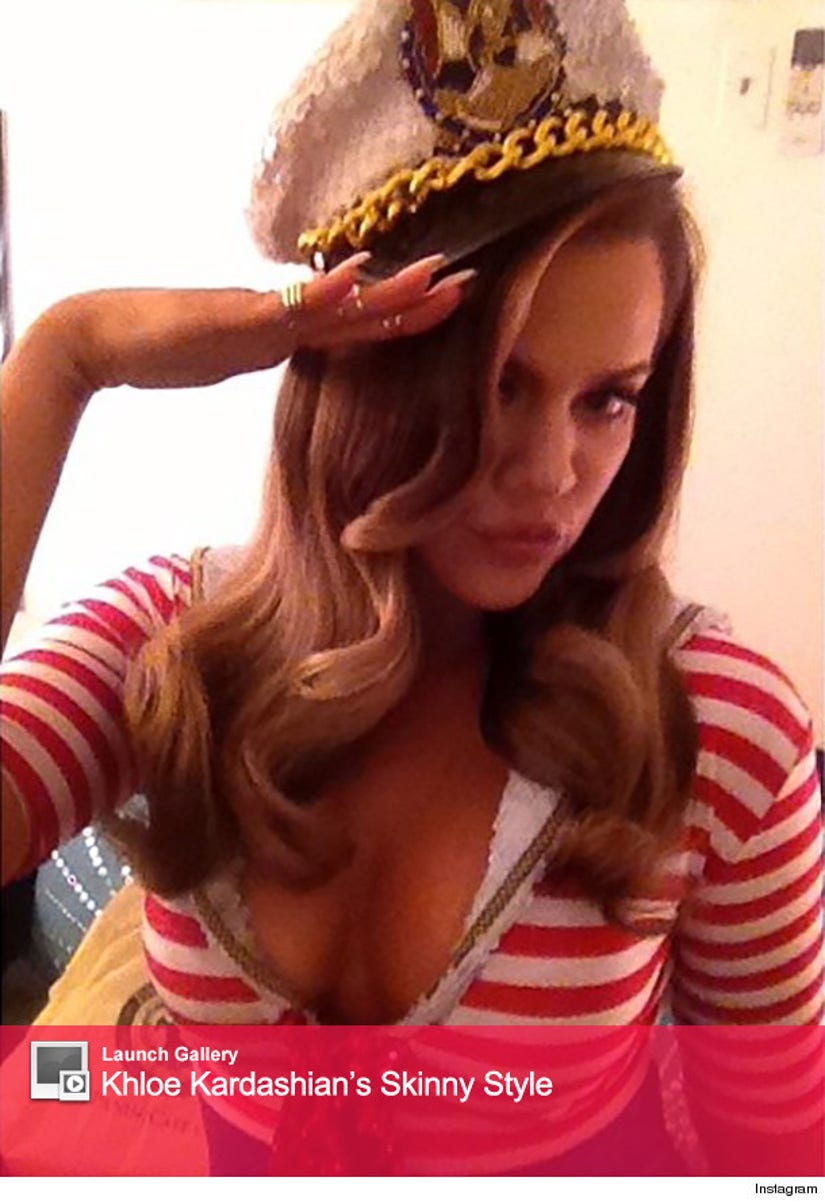 Khloe Kardashian posted a sexy selfie on Instagram Monday, showing off some major cleavage in a tight sailor outfit.

In the snapshot, the "Keeping Up with the Kardashians" star is rocking a red and white striped top, sparkling blue hot pants and a white cap.

The brunette bombshell also posted another pic of herself in the same sparkly outfit, posing alongside RuPaul to promote her guest appearance tonight on "RuPaul's Drag Race." 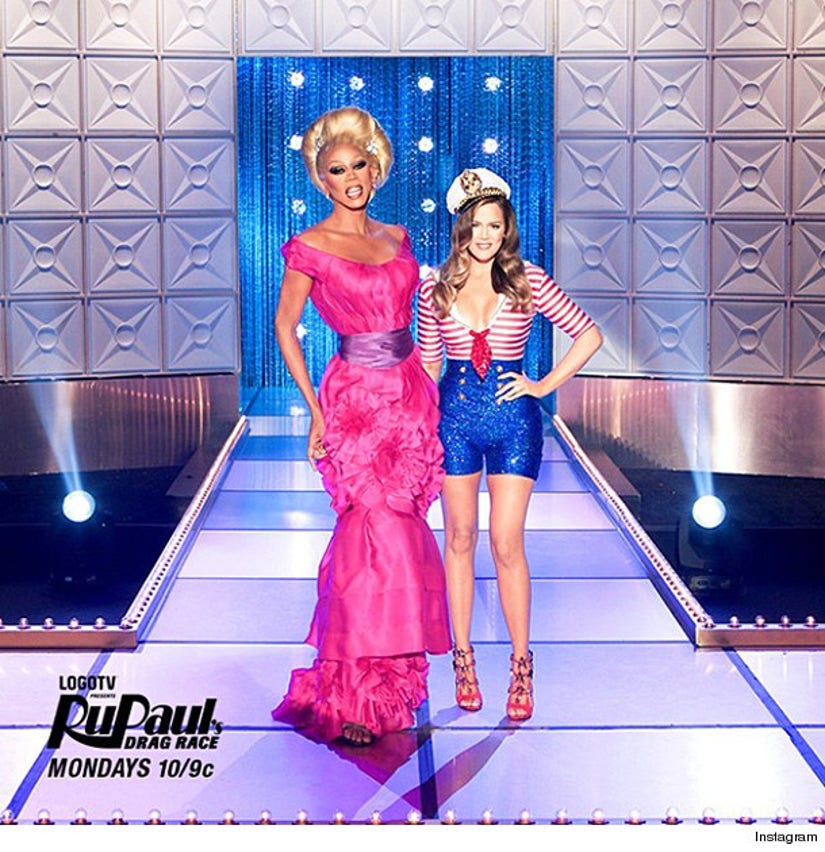 "Ahoy mateys!!! I am going to be judging on@rupaulsdragrace again tonight for their first ever#GlitterBall at 10/9c tonight on Logo!!! #Shashay#YouBetterWork #CoverGirl," she wrote along with the cute pic.

The youngest Kardashian sister usually towers over her siblings, but she looks so tiny next to Ru!

This marks the second time that she's been featured as a guest judge on the competition series.

Khloe clearly has been spending time in the gym, and her trainer, Gunnar Peterson, recently spilled some details about her workout routine.

He told E! News that he has her doing "rotations with a lot of repetition," ranging anywhere from 15 to 20 reps or 24 to 32 depending on the weight she's using.

"You get definition from repetition…that includes repetition in the act of going to the gym," he added. "Khloé comes in three, four, five times a week, and that's someone who has an incredibly demanding schedule."

Keep it up, Khloe!

What do you think of her sexy sailor selfie? Tell toofab in the comment section below, and click "Launch Gallery" above to see more of her skinny style.