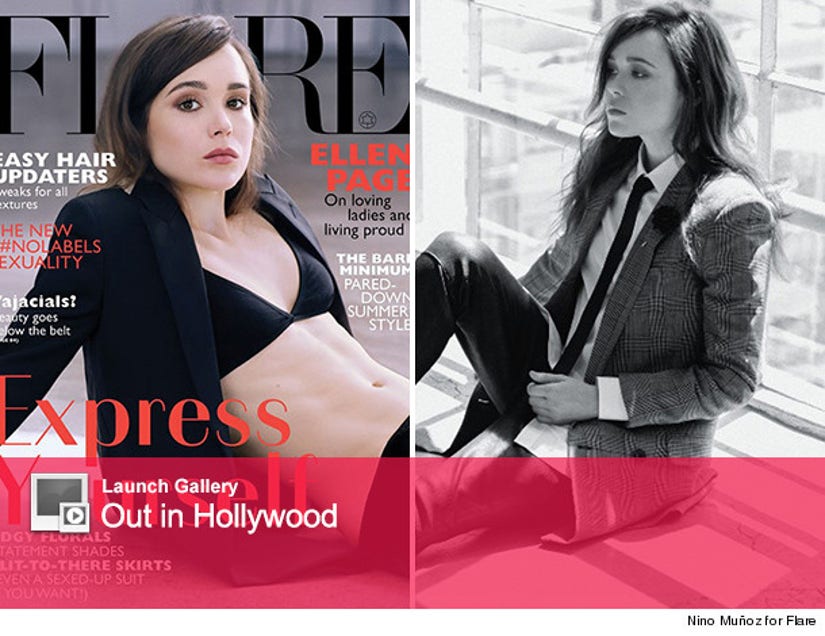 Ellen Page is showing off her sexy side!

The "X-Men: Days of Future Past" star graces the cover of the June issue of Flare magazine, where she's opening up about coming out as gay.

Flaunting her toned tummy in a black blazer over a matching bra and pants, the 27-year-old admits she wasn't confident about making the big announcement.

"I was very nervous. I was very nervous, yes," Page tells the mag. "I was emotional, deeply, deeply emotional...You think you're in a place where you're all I'm thrilled to be gay, I have no issues about being gay anymore, I don't feel shame about being gay, but you actually do. You're just not fully aware of it. I think I still felt scared about people knowing. I felt awkward around gay people; I felt guilty for not being myself."

As for why it was important for her to come out publicly, the "Juno" actress says it was the desire to stop hiding. 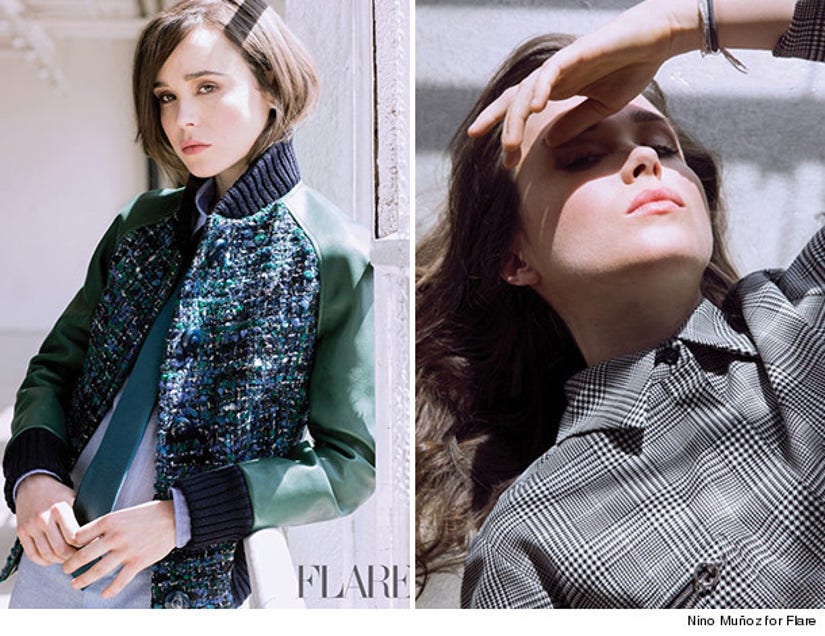 "The more time went by, the more something just happened, and, Oh my god -- I want to love someone freely and walk down the street and hold my girlfriend's hand," she explains.

"I expected so much more hate," Page says of peoples' reactions. "It was just remarkably positive, which is beautiful, because it's indicative of the change that's happening."

So, what's one of her favorite perks since coming out? Being able to wear whatever she wants, including edgy, androgynous suits like the one she recently wore to the GLAAD Media Awards in L.A. "I felt happy and confident and the difference was huge," she recalls.

What do you think of her candid comments? Tell toofab in the comment section below, and click "Launch Gallery" above to see more stars who are out in Hollywood.

To read Page's full interview, check out Flare, on newsstands May 12.