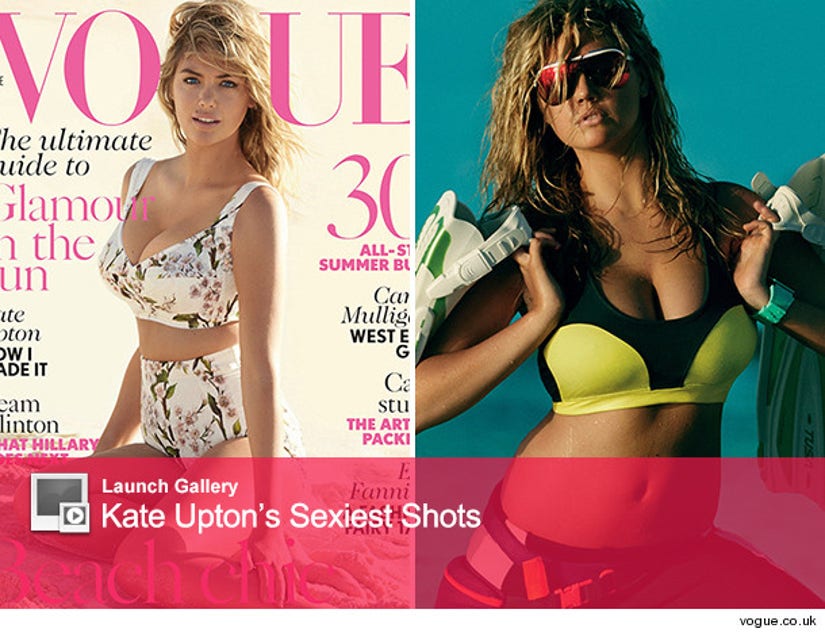 The model-turned-actress covers the June issue of British Vogue, where she opens up about being compared to Marilyn Monroe, the modeling industry and trying to set a good example for young girls.

While Upton is a huge fan of the pin-up actress, she says there are definitely a few differences between the two of them.

"I always thought Marilyn was so beautiful and iconic, it was amazing to even be mentioned in the same sentence as her," she says of the blonde bombshell.

"But I feel like nowadays it's easy to be genuine and show your personality, whereas I don't think Marilyn had that opportunity. And clearly she had a dark side, and I don't have that."

The 21-year-old also reveals that when it comes to the world of fashion, most of her fights happen with her agents ... not with the designers.

Well, we think "The Other Woman" star has done a pretty good job at being a role model for young women thus far -- what do you think of Kate's comments?

Tell toofab below and click "Launch Gallery" above to see even more photos from her shoot with British Vogue!

Make sure to pick up the June issue of the mag on stands now!