The first cut is the deepest!

Shailene Woodley may know how to rock a pixie haircut, but she wasn't always thrilled with her short 'do.

The "Divergent" actress actually caught that moment on film when she had her hair chopped off for her role as cancer patient Hazel Grace in "The Fault in Our Stars" -- and her reaction was priceless!

As seen in the video above, the stylist cuts through multiple thick ponytails, while Woodley covers her eyes and says, "I might cry so hard, you guys." 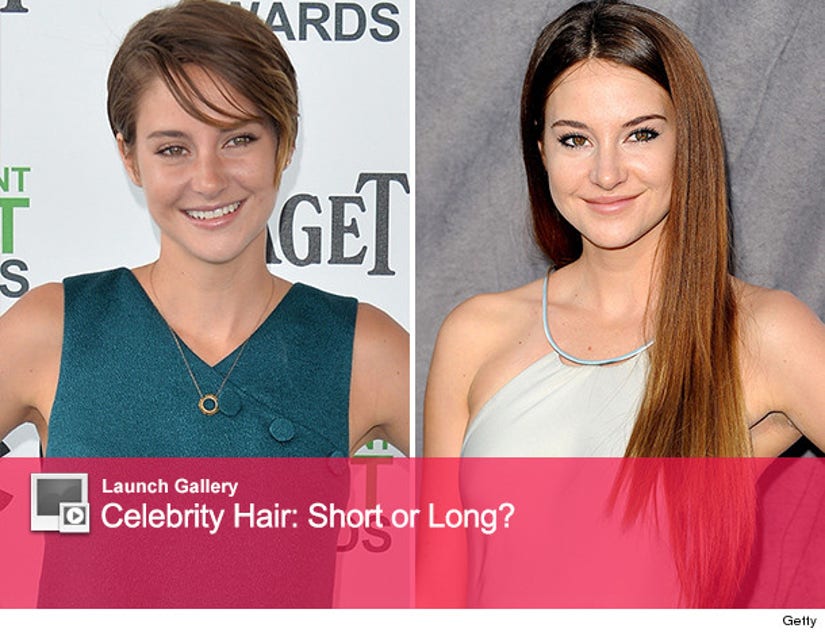 As the stylist hands over the freshly-chopped tresses, the 22-year-old doesn't want to see the damage. When she finally looks at her new 'do, she seems to be in shock.

"It was a super-fun moment," she told MTV of the cut.

We can't wait to see Woodley in "The Fault In Our Stars," when it hits theaters June 6.

Do you think Shailene's hair better long or short? Cast your vote above, and check out the trailer for her new film below.