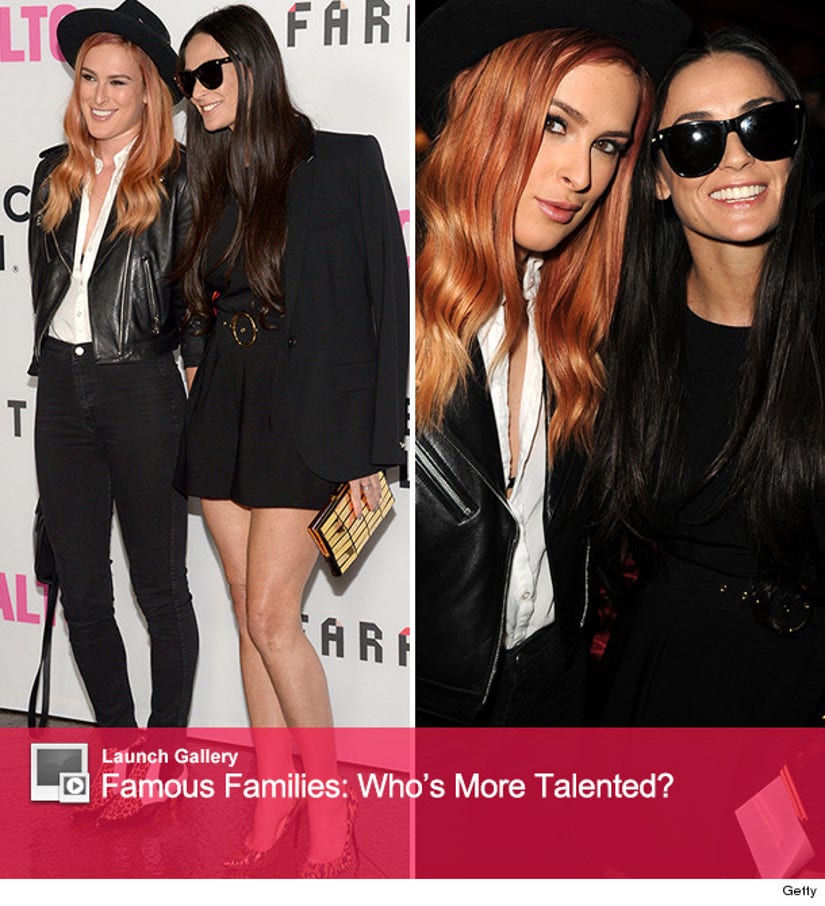 Demi Moore made a rare red carpet appearance with Rumer Willis at the Los Angeles premiere of "Palo Alto" on Monday night.

The 51-year-old actress and her 25-year-old daughter posed for photos together at the Director's Guild of America, both sporting edgy black ensembles with funky footwear.

The "Charlie's Angels: Full Throttle" star showed off her toned legs in a little black dress belted at the waist, with a black blazer draped over her shoulders. She added some flair with fun, animal-print pumps and a pair of oversized sunnies.

Rumer went for a menswear-inspired look in high-waisted black jeans, a white button-up blouse and a black leather motorcycle jacket. She completed her look with a hipster hat and leopard print ankle boots.

The pair seems to be on good terms after they hit a rough patch back in December 2012.

Back in February, Demi and her boyfriend Sean Friday were spotted supporting Rumer as she took the stage at The Sayers Club nightclub in Hollywood.

"Demi looked so proud watching Rumer's set. Rumer wore a deep-V, long black dress and sang about five songs," a source told E! News. "The set was very soulful, and the crowd was really into her performance."

We love to see these two supporting each other!

Rumer has something else to celebrate today -- her dad and his wife, Emma Heming, just welcomed their second daughter, Evelyn Penn Willis.

Congrats to the whole Willis clan!