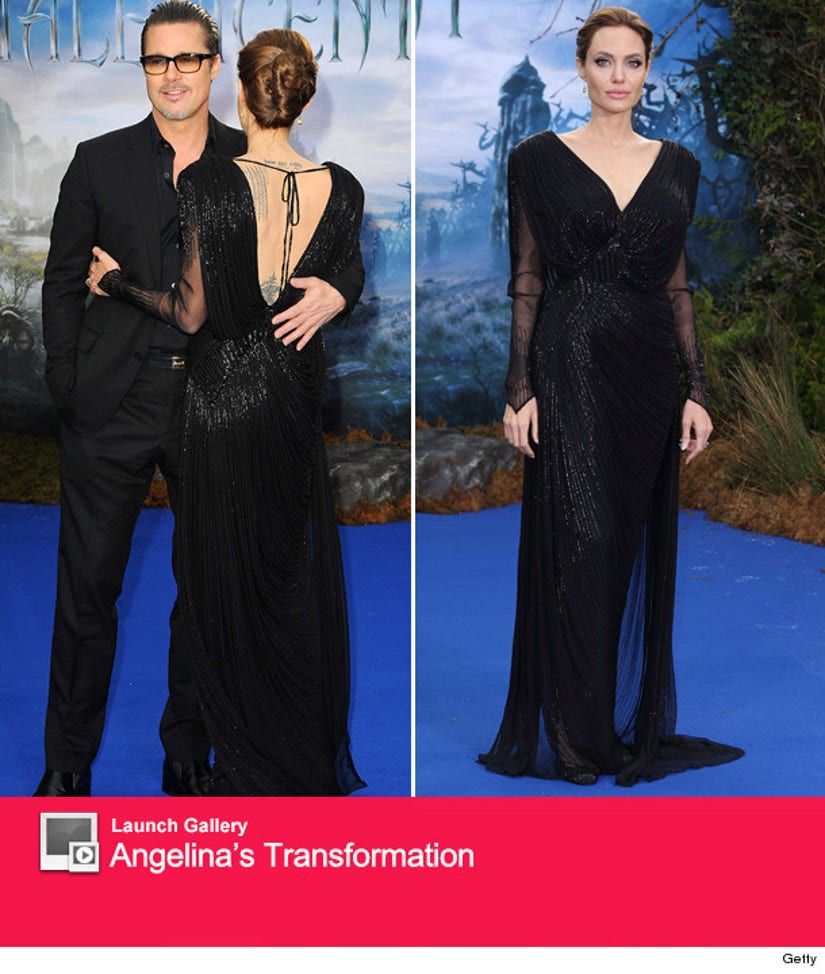 Angelina Jolie stayed true to "Maleficent" at an event for the flick today in London, sporting an outfit the wicked fairy would definitely approve of.

Dressed in a long, sparkly black gown that exposed her many back tattoos, the actress looked gorgeous at a private reception for the film ... where she was joined by her ever-handsome fiance Brad Pitt.

The two shared some sweet PDA on the blue carpet, as the couple was seen hugging and lovingly looking at each other as they posed for cameras. 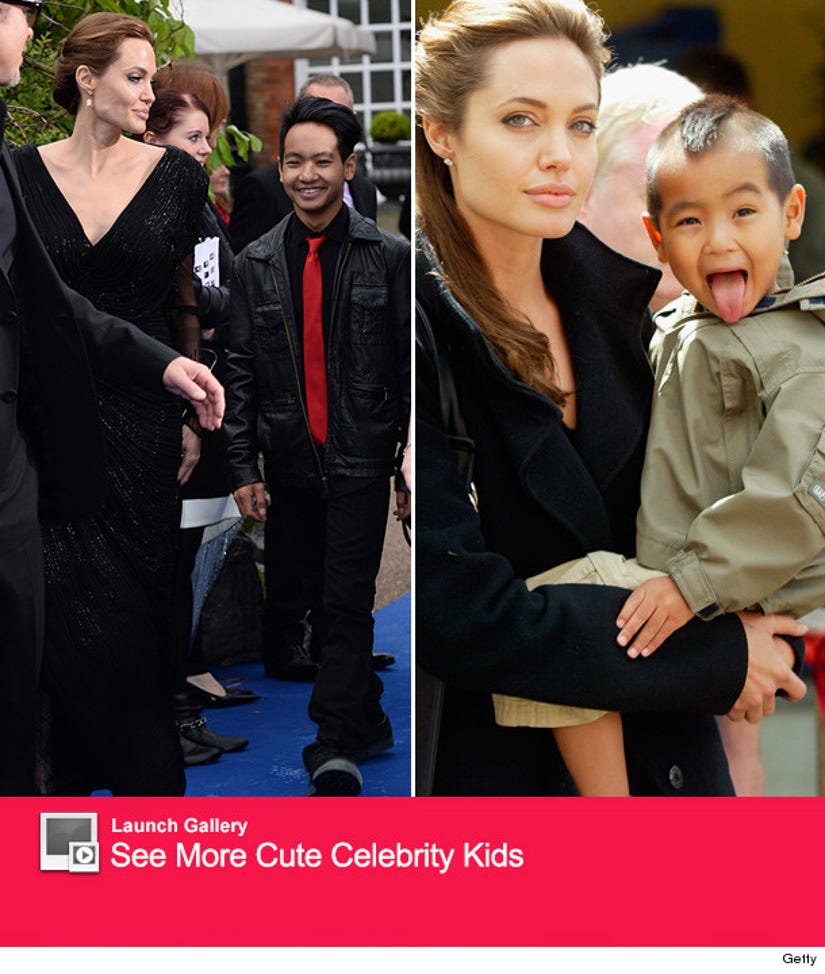 And while daughter Vivienne appears in the movie, their son Maddox was the one who came with them to the event. Look how snazzy he looks with his red tie and dapper 'do -- it's crazy how big he's gotten!

The event comes the same day the first official clip from the film was released -- check it out below:

Now this is how you crash a party, right?

In the clip, Jolie stuns as the vindictive villain who boldly invites herself to Princess Aurora's christening. The clip, titled "Awkward Situation," depicts the fearless fiend interrupting the festivities to confront King Stefan about being banished from the baby's baptism.