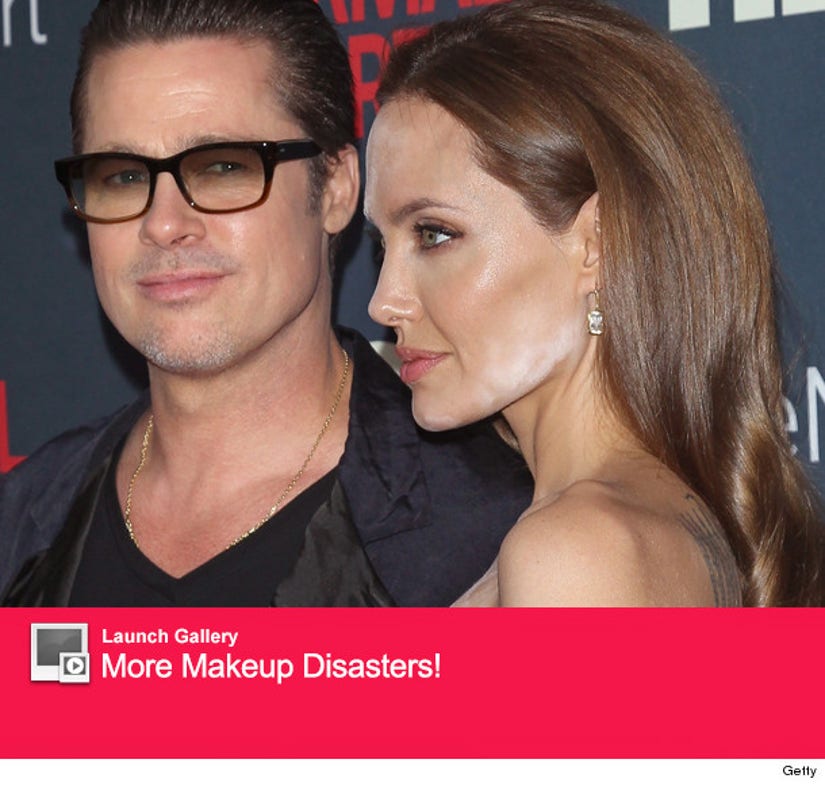 We never thought this could happen: Angelina Jolie looks foolish.

The actress is always flawless when she hits the red carpet, but on Monday night in NYC she had a huge makeup disaster -- when her face powder was nowhere near blended in on her forehead, chin and even chest.

Angie joined fiance Brad Pitt for the premiere of "The Normal Heart," an upcoming HBO movie he produced with Ryan Murphy. 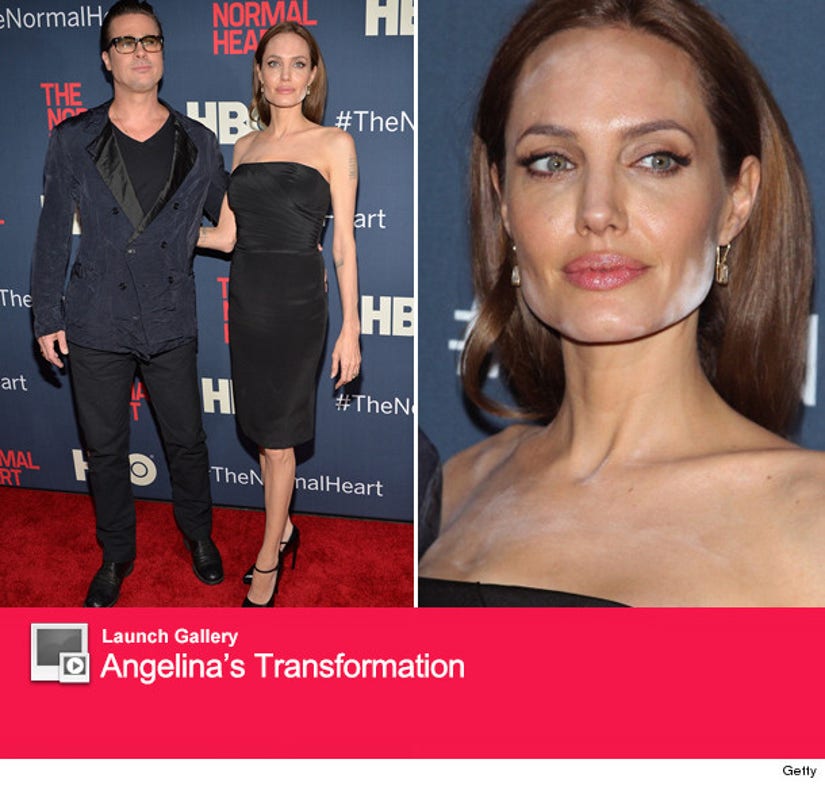 Minus the major makeup snafu, Jolie looked pretty great in a LBD and matching heels. She complimented Pitt, who was also dressed in a dark ensemble for the event.

Stars like Nicole Kidman, Naomi Watts, Miley Cyrus and Kelly Osbourne have all had makeup meltdowns before too ... and some of them were even worse than Jolie's!

Check 'em all out in the gallery above.