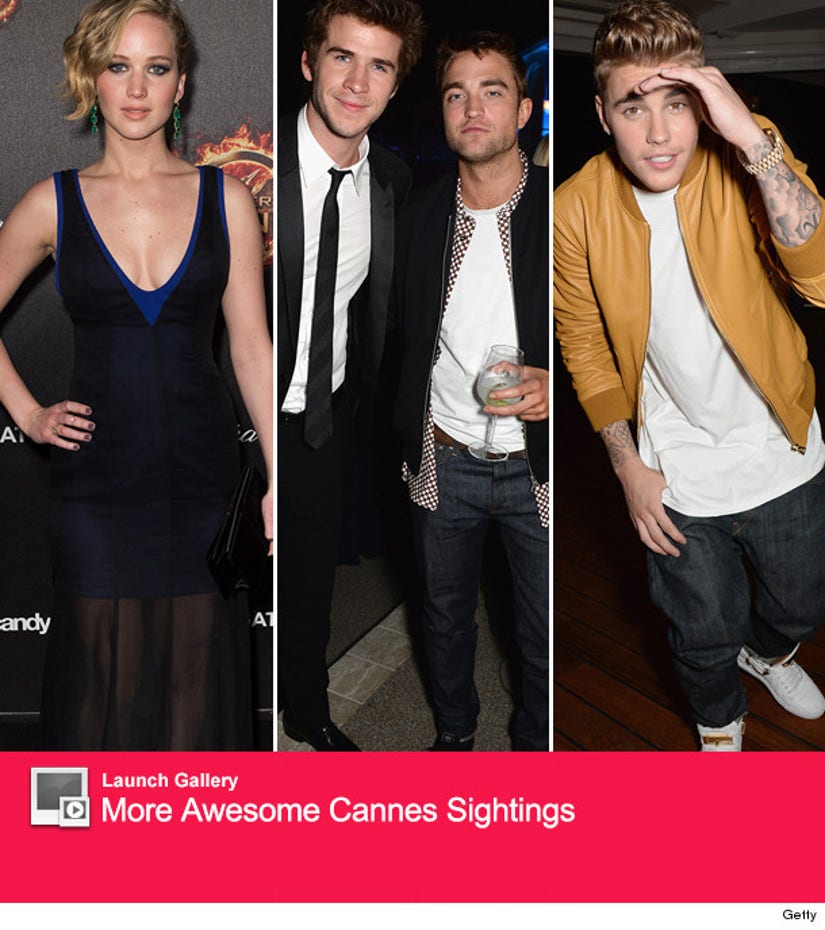 Things got wild (and very random) last night in the South of France!

Between the big party for "The Hunger Games: Mockingjay Part 1" and the Vanity Fair/Armani bash, celebs were ready to get crazy -- and it was one weird mix of people.

Jennifer Lawrence did a couple costume changes by appearing at both soirees, attending them in two different dresses from Dior. As the face of the brand, J-Law looked stunning in each dress, but we prefer the sexier, low-cut creation she donned at the party for her flick (above left).

After the "Mockingjay" bash, she and costar Liam Hemsworth made their way over to the VF celebration, where Liam mingled with fellow heartthrob Robert Pattinson.

But he wasn't the only one at the bash that young girls go insane over, as Justin Bieber also randomly showed up to party in a mustard yellow leather jacket, white t-shirt and jeans.