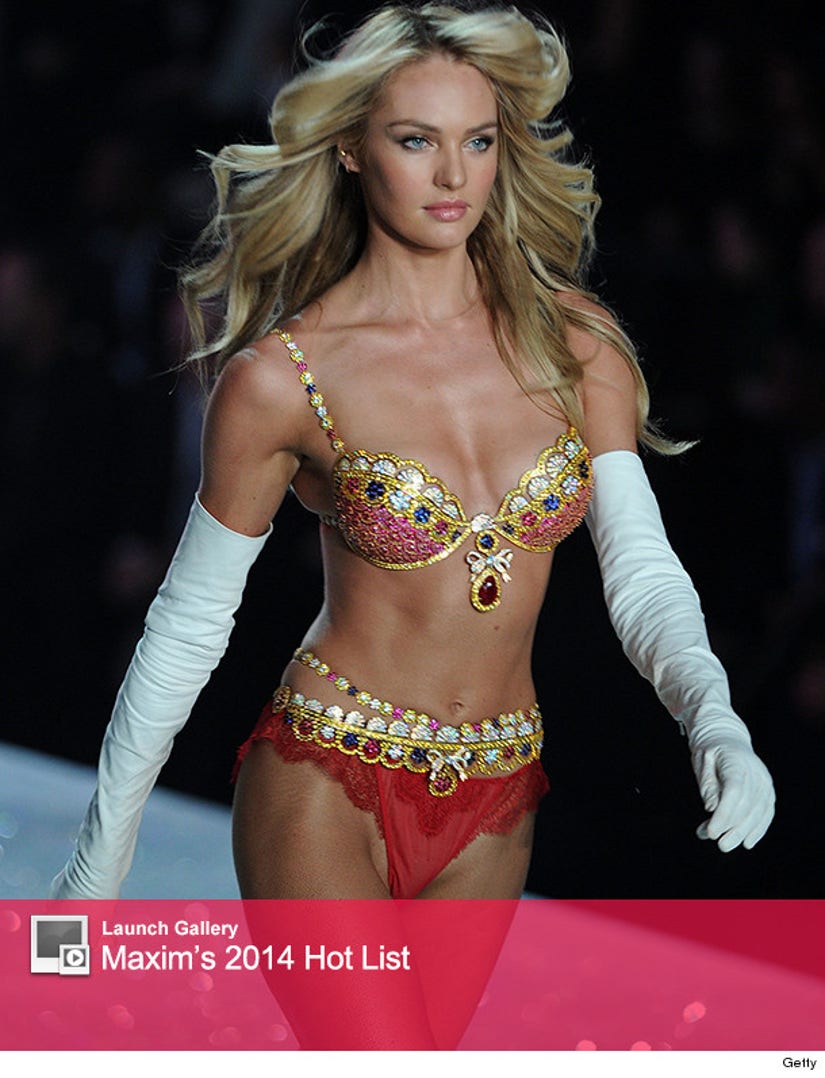 Talk about some of Hollywood's hottest ladies!

Maxim's Hot 100 List has finally been revealed, and taking the coveted number one spot is Victoria's Secret Angel Candice Swanepoel!

"It's a huge honor to be Maxim's number one, among so many beautiful and talented women! It's a great feeling," Swanepoel said, in a press release from the mag.

But the blonde beauty wasn't the only Angel on the list -- Irina Shayk took the number four spot, followed by Jennifer Lawrence and Zooey Deschanel.

What do you think of Maxim's top picks? Sound off below and click "Launch Gallery" above to see which other sexy stars made Maxim's Hot 100!