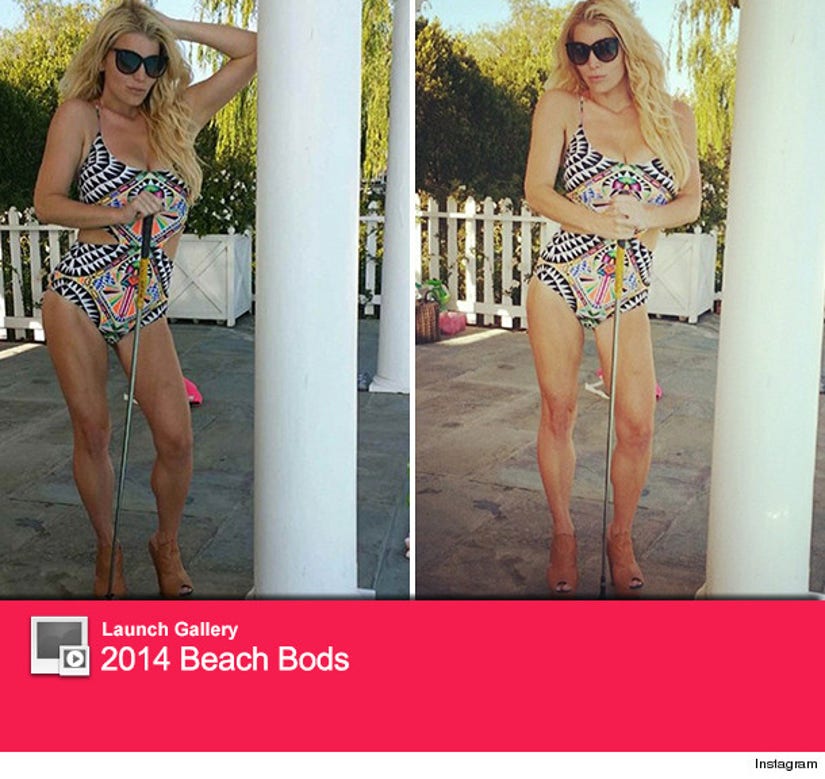 That hard work is paying off!

Jessica Simpson took to Instagram to show off her gorgeous gams by wearing some seriously sexy swimwear on Memorial Day.

"If I'm in a bathing suit I should pose proudly," she wrote along with one cute candid.

The mother-of-two looks fiercely fit in a Mara Hoffman one-piece with cut out sides, which she paired with tan high heels and sunglasses.

The "Irresistible" singer has been open about her weight loss woes, particularly after her pregnancies.

"I was so insecure—I couldn't even believe what I weighed," she said on Good Morning America in February. "I don't think that I ever expected myself to see the numbers that I have seen on the scale."

But, Jessica dropped between 60 to 70 pounds, and she certainly looks ready to walk down the aisle!

Simpson and her fiance Eric Johnson got engaged back in 2010 but delayed their wedding when Simpson became pregnant with daughter Maxwell, 2, and son Ace, 10 months.

The couple, who recently celebrated their four-year anniversary, will reportedly tie the knot over the July 4 holiday weekend.

What do you think of her new body? Tell toofab in the comment section below, and click "Launch Gallery" above to see more celebrity beach bods!