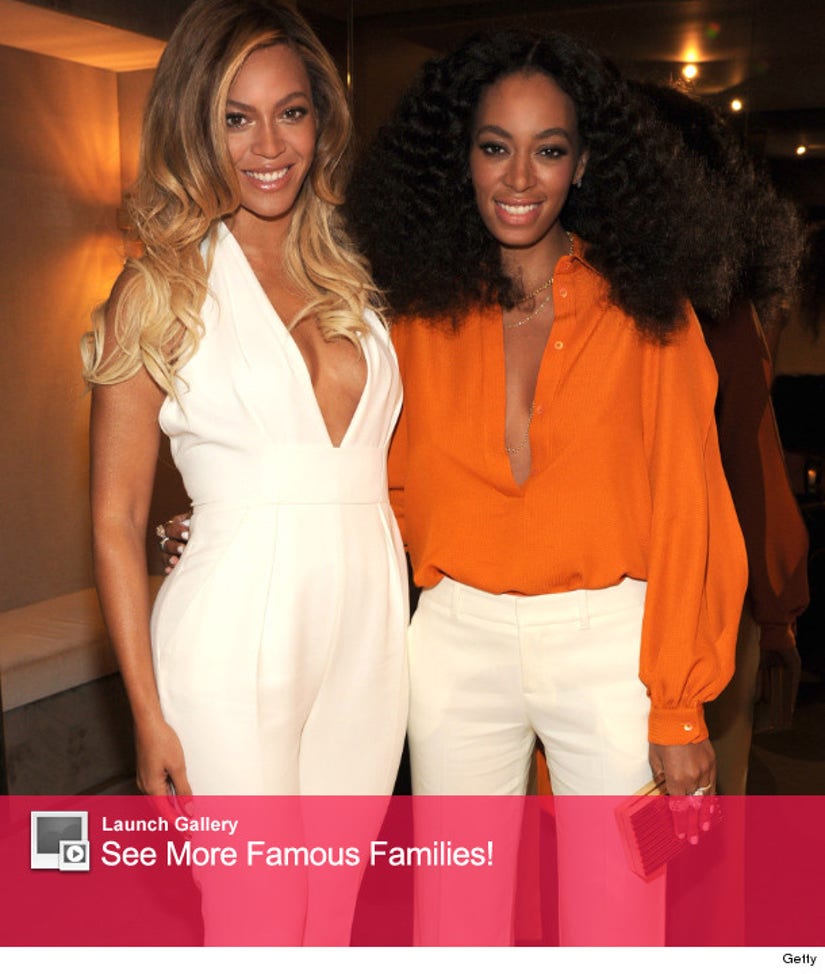 The Knowles sisters stepped out together and in style!

Beyoncé and her younger sister Solange made their first public appearance together since the now-infamous elevator fight between Solange and Bey's hubby, Jay-Z.

The two were all-smiles and appeared to be in good spirits as they mingled at the Chime for Change One-Year Anniversary event in New York City on Tuesday, where both ladies stunned in low-cut looks.

The "Drunk in Love" singer showed off her coveted curves in a white Gucci jumpsuit, which featured a halter top design, a belted bodice, and a dramatic plunging neckline.

In addition to being a fashionista, Queen B, who is a Chime for Change co-founder, also showed her philanthropic side when she announced that she would personally donate $500,000 to the charity.

Blake Lively was also in attendance at the event and wowed in a mustard-yellow Gucci dress with leather trim and a keyhole cut-out. 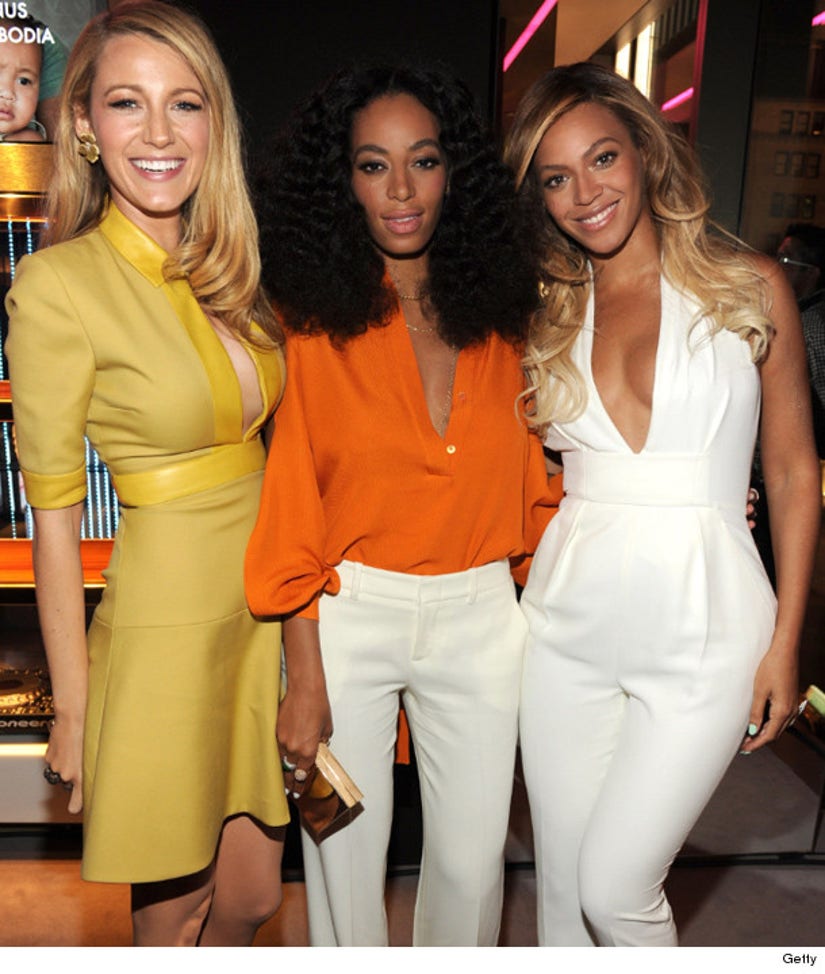 The former "Gossip Girl" star looked positively radiant as she posed for pics with Solange and her superstar sister.

Who do you think was the best dressed at the Chime for Change charity event? Tell toofab below, and see even more famous families in the gallery above!