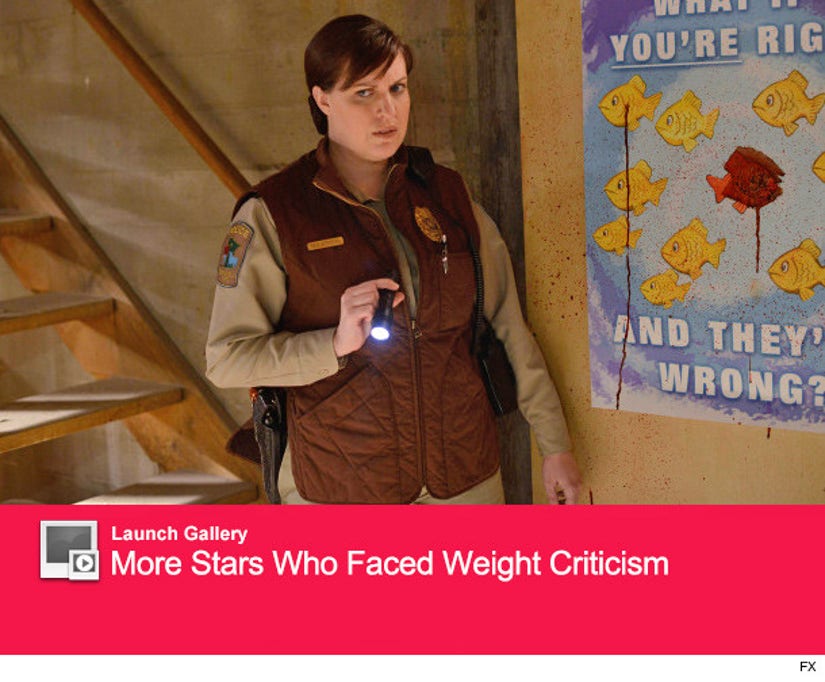 Whatever you do, don't call Allison Tolman "fat."

While that should be a given since it's just plain rude in the first place, the "Fargo" star faced some serious weight criticism from the Twitter-verse as last night's episode aired on FX.

"For f**k's sake, internet- I'm not fat, I've just been wearing this GIANT EFFING COAT FOR 8 WEEKS ON YOUR TELEVISION," the actress tweeted after having enough.

She also sent out a photo of her massive jacket, which definitely doesn't do her physique any favors.

The riding star, who kills it on a weekly basis as Minnesota cop Molly Solverson, later clarified she wasn't "sad" about the comments but wanted to make a couple points.

"A- Christ on a cracker, stop defining women by size," she continued. "B- I'm AVERAGE- women on TV are TINY. #realtalk"

She didn't even get into the fact that her character is pregnant on the show, but why should she? It shouldn't matter in the first place!

toofab's Brian Particelli caught up with Allison ahead of last night's episode, where she talked about the less-than-flattering wardrobe and going glam on her days off.

Talent, brains and a sense of humor? This woman is one to watch!