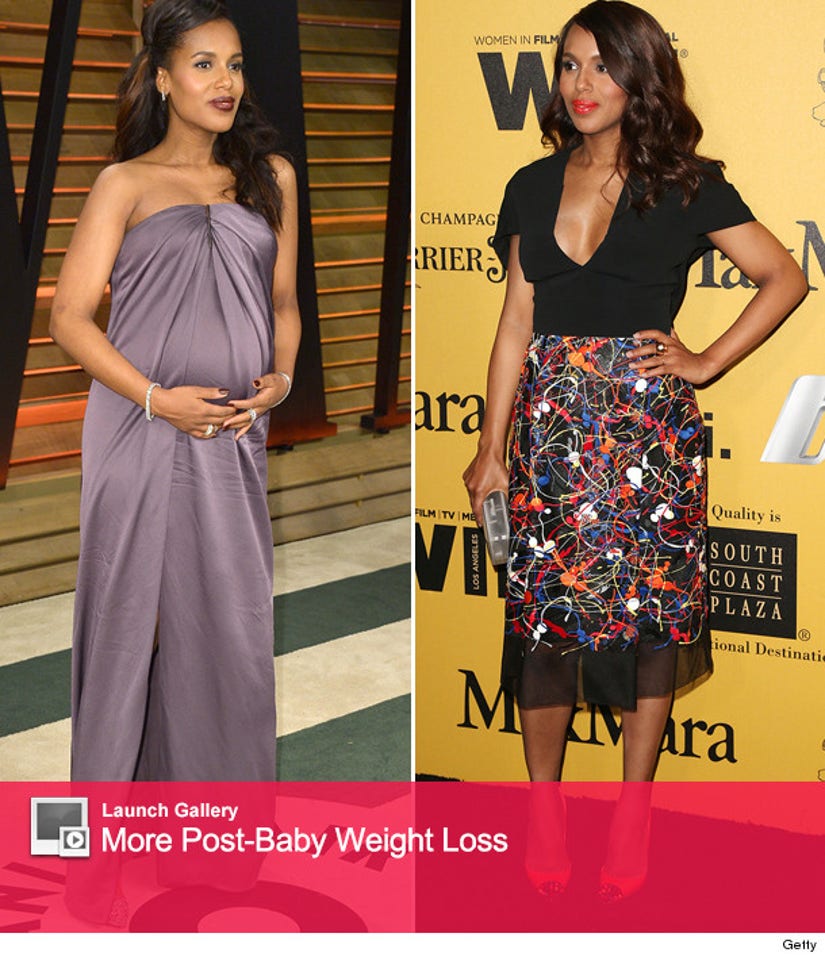 One of the most fashionable stars in Hollywood returned to the red carpet on Wednesday night, as Kerry Washington made her first appearance since giving birth to her daughter Isabelle back on April 21.

Sporting an extremely colorful Max Mara cocktail dress with a low-cut top, Washington looked gorgeous at the 2014 Crystal + Lucy Awards at the Hyatt Regency Century Plaza Hotel in Century City, Los Angeles -- where she wore her hair down and rocked a bold red lip.

Though she's generally a very private person, Kerry opened up about motherhood in a new interview with the Los Angeles Times.

Isabelle is Kerry's first child with husband Nnamdi Asomugha, who she secretly tied the knot with on June 24, 2013 in Hailey, Idaho.