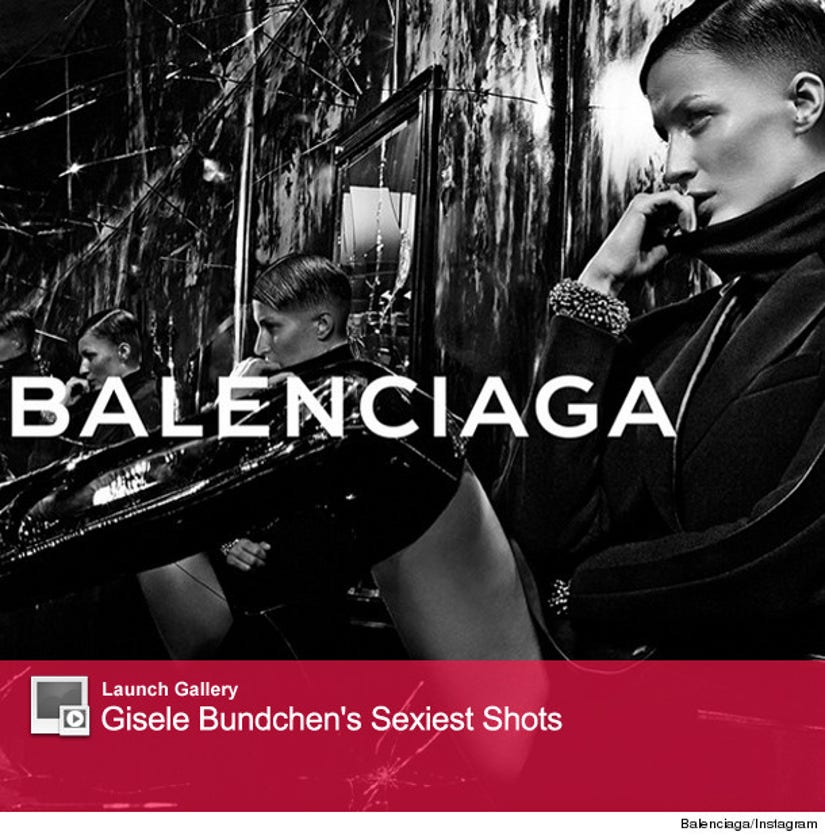 It's Gisele Bundchen like we've never seen her before.

The stunning supermodel might be famous for her glamorous long locks, but the 33-year-old beauty rocks an edgy buzz cut in Balenciaga's latest ad campaign.

In addition to her new cropped 'do, Mrs. Tom Brady sports thigh-high leather boots and a series of masculine menswear-inspired looks. 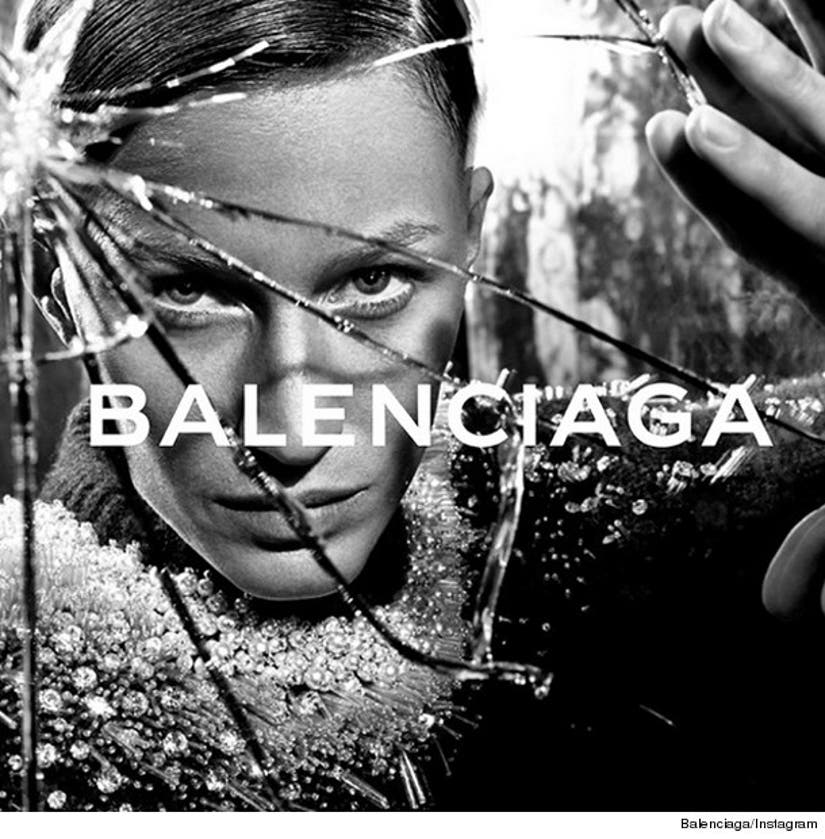 "So fun to transform for the new @balenciaga by @alwxanderwang shoot by @skstudly,” Bundchen tweeted on Monday, along with one of the images from the campaign.

The decision to cut off the former Victoria's Secret Angel's hair was definitely thought out.

"There was a whole team involved. We had a specialist (Jane Choi) come in who actually works on movie sets doing prosthetics," Balenciaga's artistic director Alexander Wang told Style.com. "We spent two days making a prosthetic bald cap on a Gisele body double. And then we had to get another body double who we had to give the exact same haircut. So for every picture we took with Gisele, we had to take another picture with the body double. Then we fused those two together." 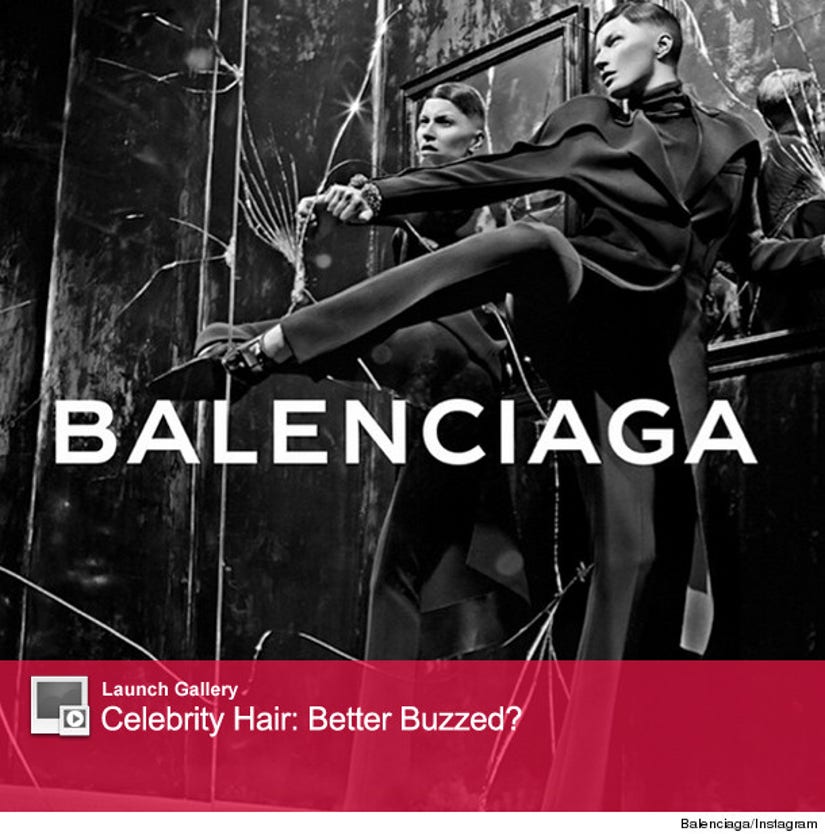 "It was the first time I've ever worked in that way, and (retoucher) Pascal Dangin, he's just incredible," he added. "He's a true artist and a painter. When he was showing me the mock-ups, I was blown away by what he was able to achieve before we even got to the shoot."

The designer even joked that shooting this campaign was like being on the set of a Marvel movie. "The funny thing was that Gisele had to come in three hours before call time just to put the bald cap on. We had to wrap the hair very, very flat to her head, put the bald cap on, and then paint the bald cap to the exact same skin color as Gisele. It was basically like putting her into what you usually see on sets like X-Men," he explained. 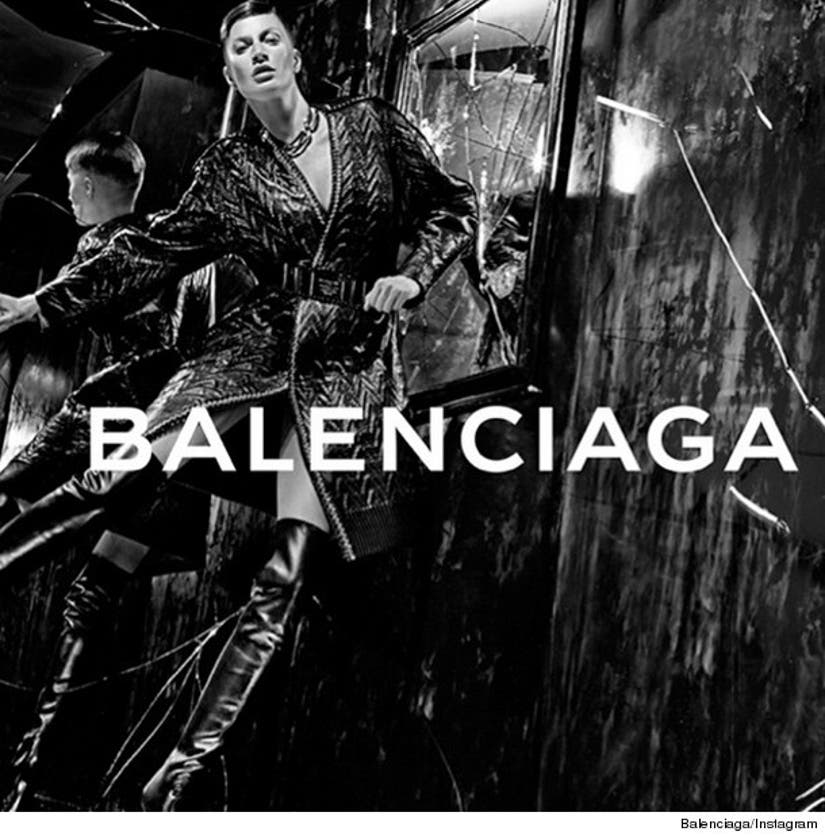 "Every time we shot the picture it was kind of crazy because it was always just shooting her with the bald cap on and then having to visualize a bald Gisele. Then we'd go in and shoot the body double and that whole process. In the end, seeing it all come together was really magical," Wang added.

What do you think of Balenciaga's bold ads? Sound off.