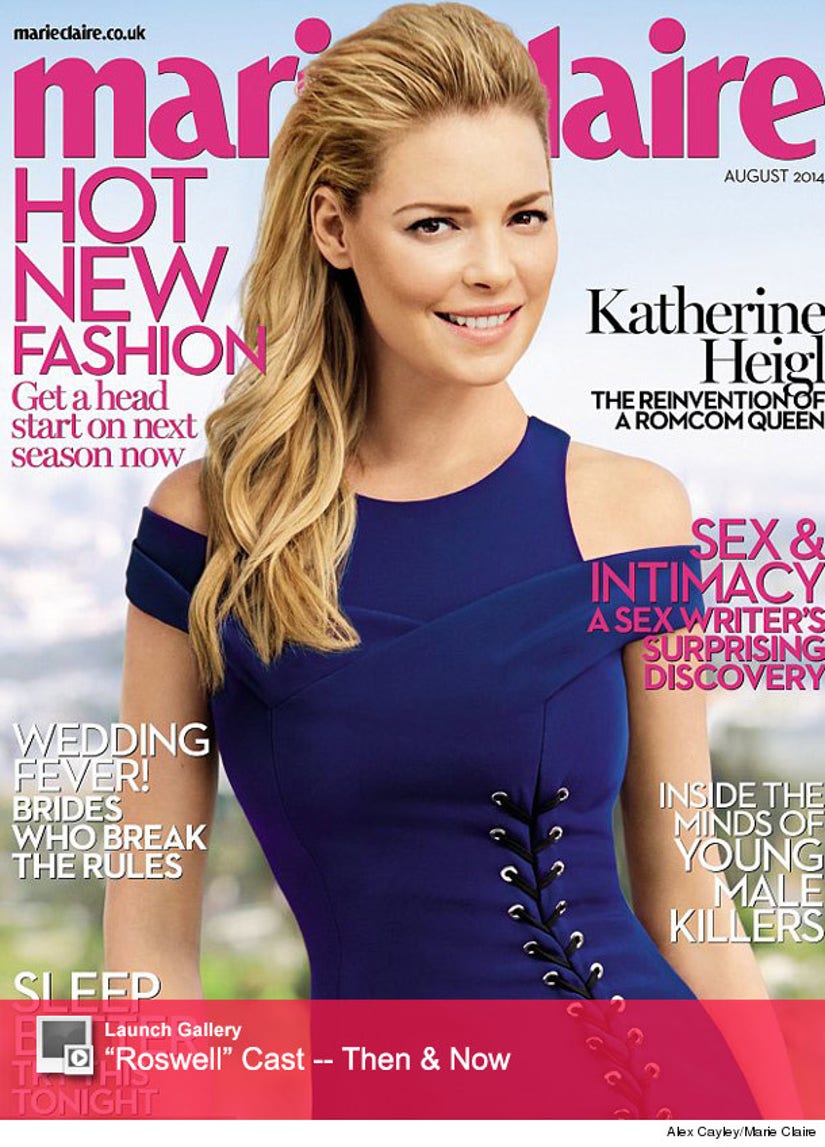 The "Knocked Up" actress covers the latest issue of Maire Claire UK (via Daily Mail), where she talks about some of the bad decisions she's made in Hollywood.

While the blonde beauty's starting to bounce back -- she will produce and star in NBC's new series "State Of Affairs" -- Heigl says that she had a hard time dealing with her lack of work over the past few years.

"The thing that was my best friend for a long time suddenly turned on me. And I didn't expect it. I was taken by surprise and angry at it for betraying me," she says of her career as an actress.

Katherine also says that she made some bad choices, too many romantic comedies to be exact, which really hindered her creative energy.

"I had an amazing time. I love romantic comedies. But maybe I hit it a little too hard. I couldn't say no," she says.

"I stopped challenging myself. It became a bit by rote and, as a creative person, that can wear you down. That was part of why I took that time off, to ask myself, 'What do I want? What am I looking for?' and shut down all the noise," she adds.

The 35-year-old also says that she almost quit after hitting her lowest point in Hollywood.

"Oh yeah, I had a moment where, I don't know, I was thinking I'd maybe open a knitting store, get my money out of retirement accounts and live off that, live off the land. I had my moment where it all seemed so complicated and all I wanted to do was simplify," she reveals.

The "27 Dresses" star is in a much better place these days, though. Katherine and hubby Josh Kelley have adopted two daughters, Naleigh and Adelaide, and she's looking forward to returning to the small screen.

"There's a part of me that's a Hollywood animal as well. I can't wait to get into the writer's room and see how we do this. I feel like I'm finally rolling into the next phase of my adulthood," she tells the mag.

Well, we're definitely excited to see what the "Grey's Anatomy" star does next -- what do you think about Heigl's candid comments?

Tell toofab below and click "Launch Gallery" above to see even more "Roswell" stars then and now!

Make sure to check out Katherine's full interview in the new issue of Marie Claire UK on stands now.