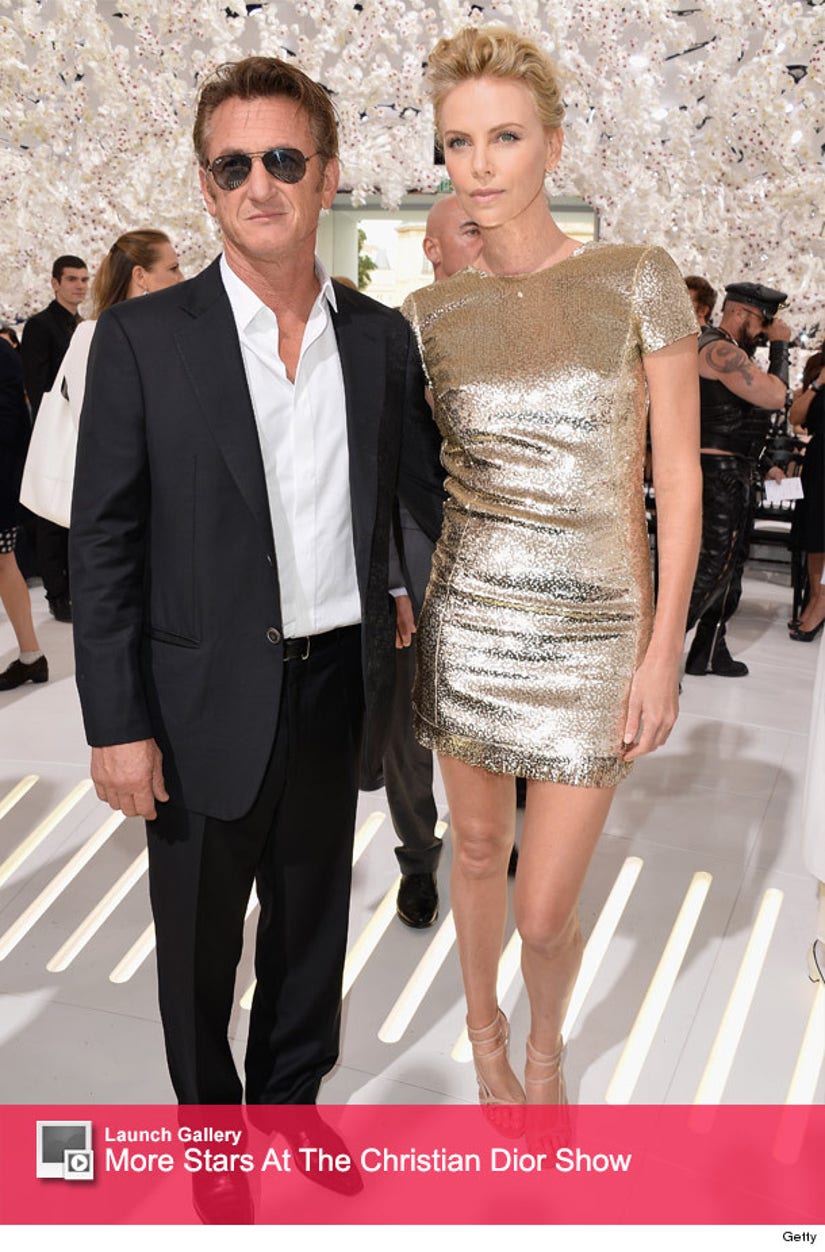 Sean Penn and Charlize Theron are the picture perfect couple!

The sexy stars attended the Christian Dior fashion show in Paris, France as part of Paris Fashion Week on Monday.

The actress wowed in a gold sequined mini with strappy sandals, which put her long legs on display, while Penn looked dapper in a classic black suit sans tie.

The gorgeous pair were not the only A-list stars at the event -- Jennifer Lawrence also made an appearance with her noticeably longer locks ... and one crazy tan. 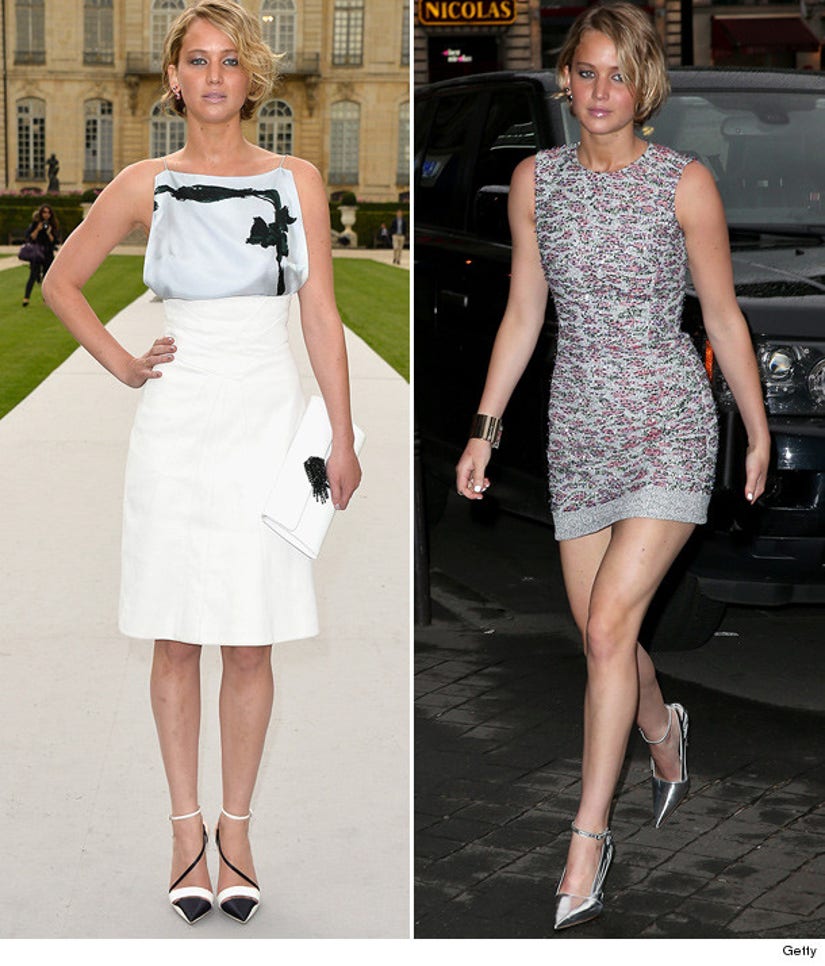 The "Hunger Games" star was dressed to impress, though. Lawrence, who is the face of Dior, looked super chic in her white dress with black accents and monochrome heels. She then attended a dinner after the fashion show in a sexy floral mini with silver pumps. 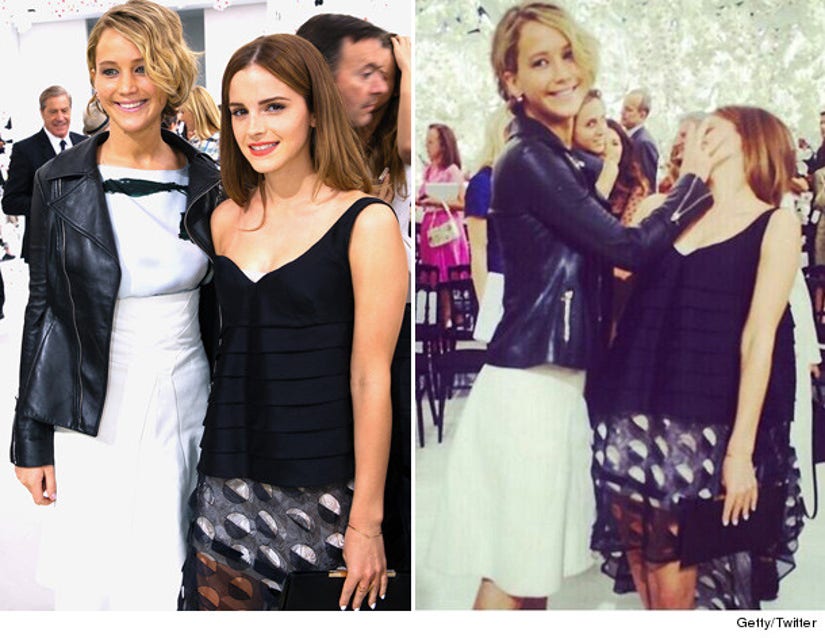 She later posed with Emma Watson and pulled a very Jennifer Lawrence move by face-palming the "Harry Potter" star while they were taking pics!

While it's unclear where the photo originated from, it's spreading like crazy online right now -- just like everything else Lawrence does.

Click "Launch Gallery" above to see who else attended the Christian Dior event!