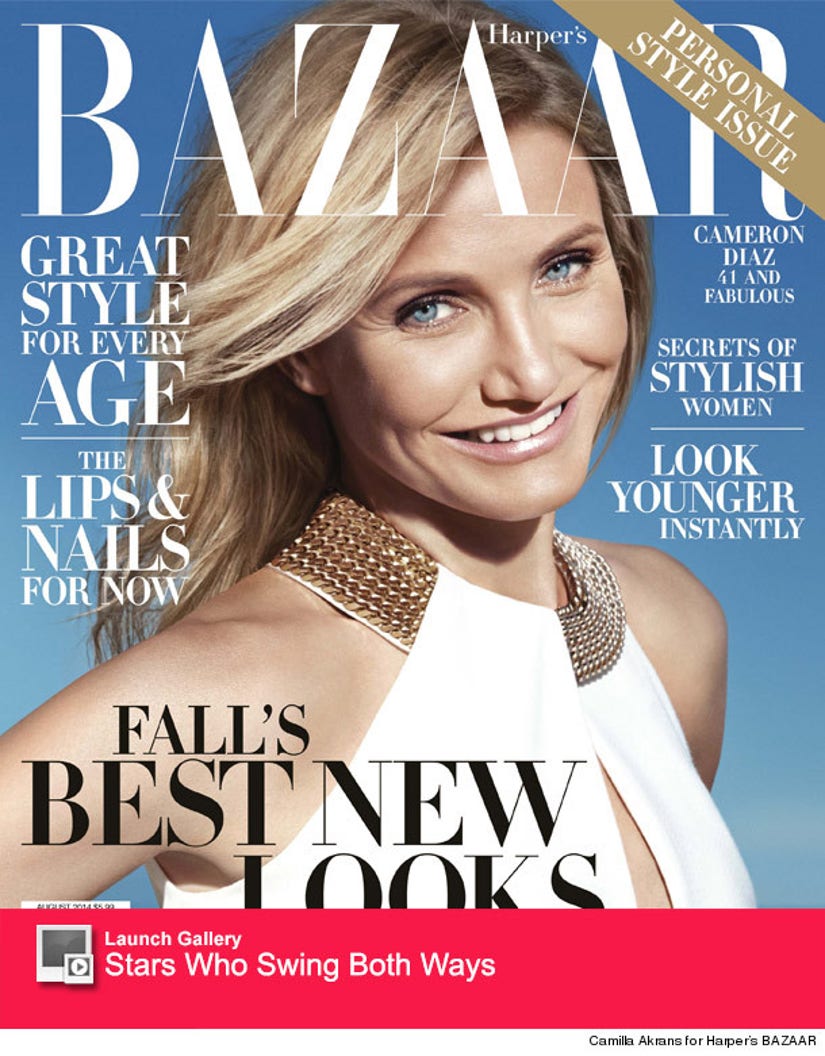 Cameron Diaz may have said she's been attracted to women before ... but that excludes Drew Barrymore!

The "Sex Tape" star covers the August issue of Harper's Bazaar, where she opens up about her bestie Drew and clarifies her stance on having children.

The blonde beauty has admitted that she's been sexually attracted to a woman before, but in no way did she mean her former "Charlie's Angels" costar!

"Literally, I said, 'That makes me want to vomit in my mouth.' That's like saying I am having sex with my sister. Are you crazy? I wouldn't even ménage with her!," she tells the mag.

And while Diaz has also said that she's comfortable not having children, she seems more optimistic about the idea this time around. 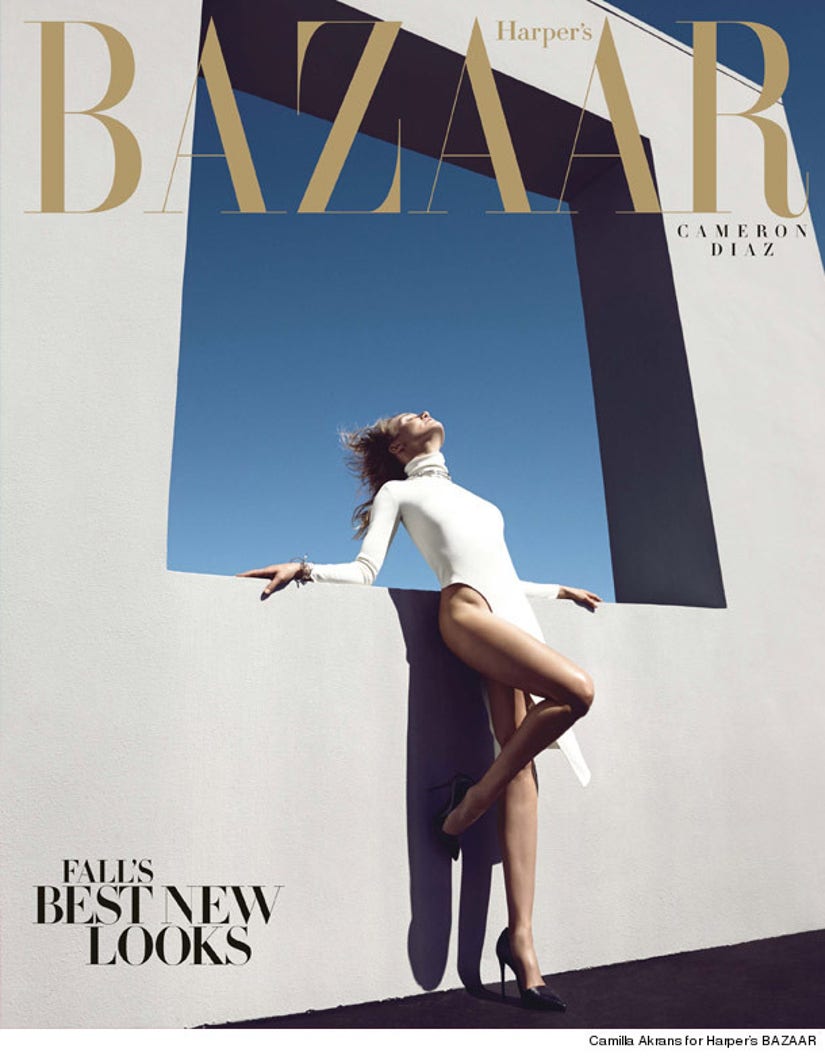 Could the "There's Something About Mary" star be singing a different tune because she's in love? Cameron recently went public with her relationship with Benji Madden.

But one thing that actress has stayed the same on, is her ideas about aging. "I know there are a lot of things you lose when you get older but there's so much you gain," she says.

We think Cameron has a great outlook -- what do you think about the 41-year-old's candid comments? Tell toofab below and click "Launch Gallery" above to see even more stars who've gone both ways!