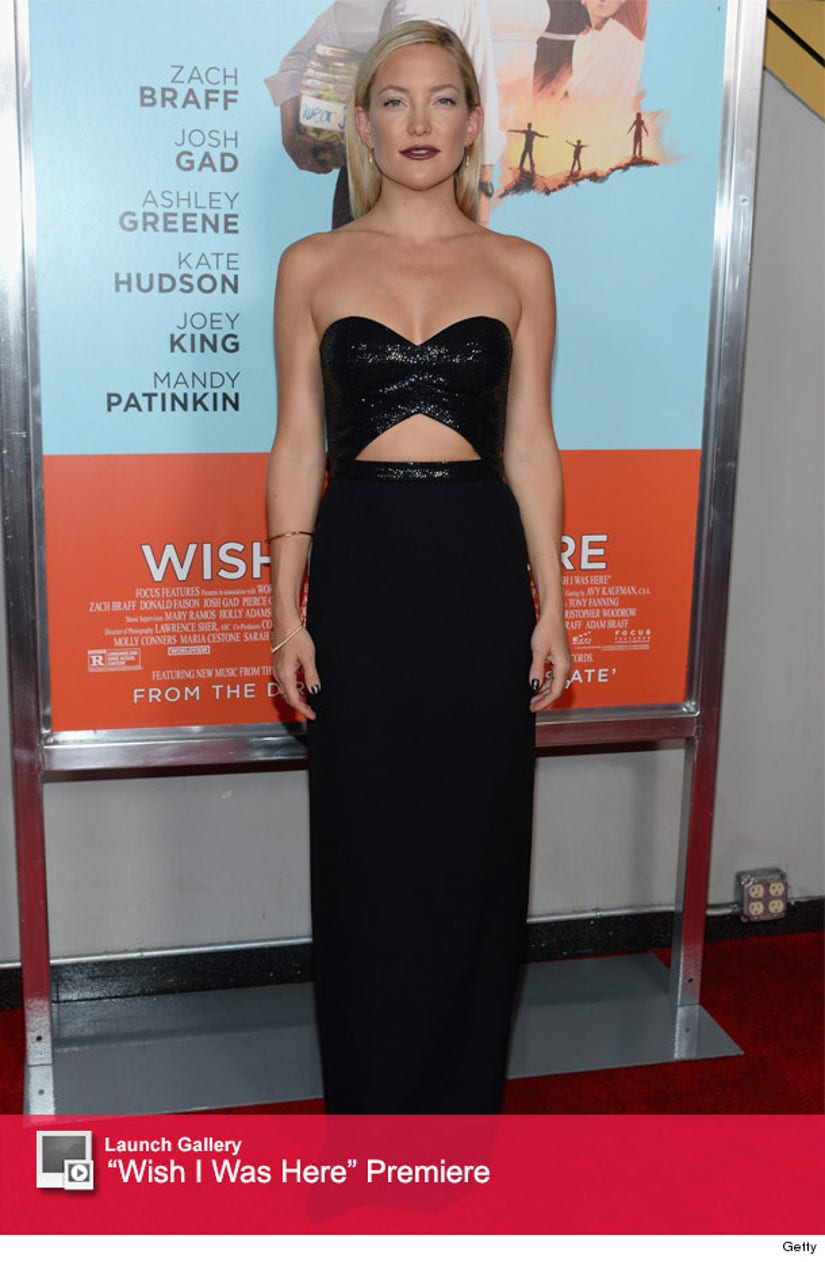 The actress stole the spotlight at the "Wish I Was Here" screening in New York City on Monday, rocking a strapless black Michael Kors gown with a midriff cut-out and sequin detail. She finished off the sexy look with minimal eye makeup and a deep burgundy lip, and kept her hairstyle sleek and simple.

The 35-year-old star was joined on the red carpet by her costars Zach Braff, Josh Gad, Ashley Greene and Donald Faison.

Zach and Kate play a married couple in the flick, which centers around a struggling actor trying to provide for his family while also dealing with the impending death of his father (played by Mandy Patinkin).

It's the first project that Zach has written and directed since 2004's "Garden State," and it came together with the help of fans and supporters via Kickstarter campaign.

"Yeah, the bigger films haven't really spoken to me," Hudson recently revealed in Parade. "But people like to see me in comedies, which I love, and I do want to make more comedies [for women] that aren't dumbed down."

"Wish I Was Here" hits theaters on Friday -- check out the trailer below, and click "Launch Gallery" above to see all the photos from the screening!