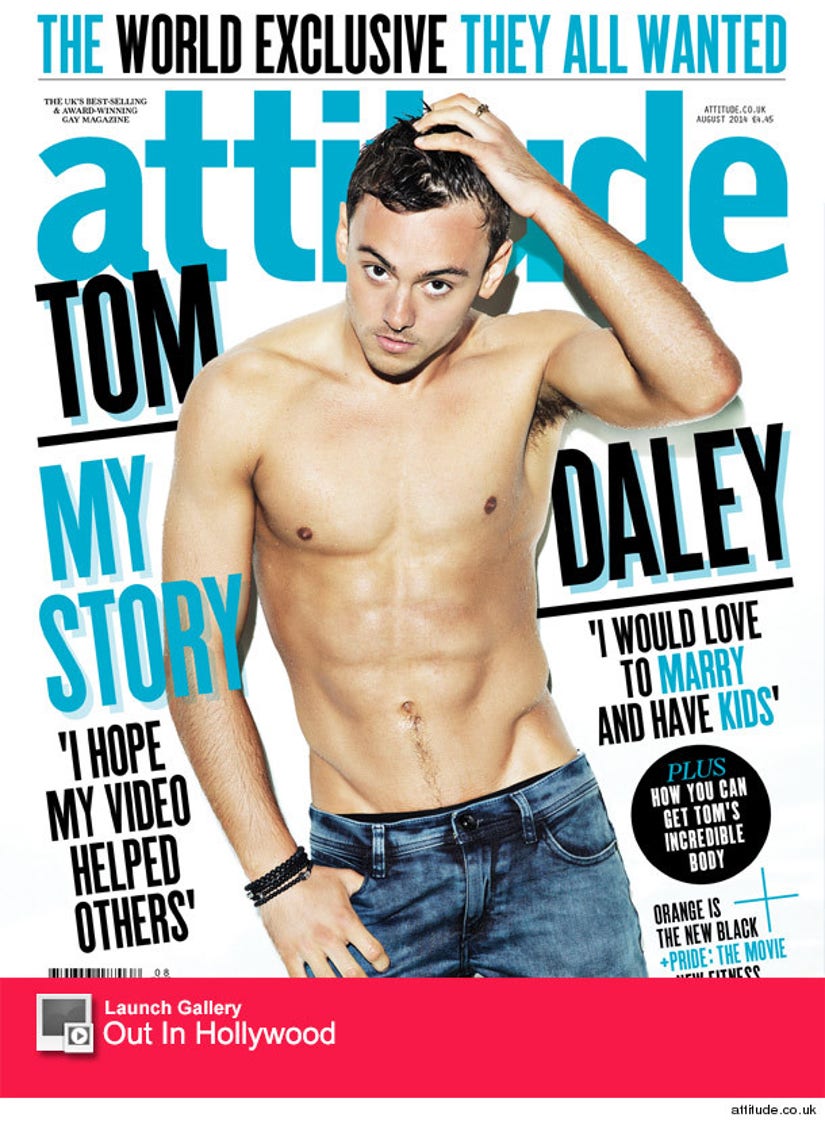 The Olympic diver has been named the "Sexiest Man in the World" for the second year in a row by Attitude magazine -- and we can see why!

The 20-year-old covers the mag with his impressive physique on display. In the shirtless shot, Daley poses with his hand on his head in just a pair of blue jeans as he stares into the camera.

In the new issue, Tom also dishes about his celebrity crushes, including Zac Efron and David Gandy among them. He's got good taste, right?

The sexy star also says that he'd like to be a television presenter one day. "It's a career I definitely want to explore once I've retired from diving," he tells the mag.

"I think Ant and Dec present on some great shows and one day I'd love to be involved in something similar," he adds.

Daley -- who's dating Dustin Lance Black -- also says that he's definitely family oriented and he'd like to settle down in the near future.

"Family is something that has always been really important to me and yes, at some point I would love to marry and have kids," he reveals.

We're sure the Olympian will make a great father one day! What do you think about Tom's candid comments? Sound off below and click "Launch Gallery" above to see more stars who are out in Hollywood!