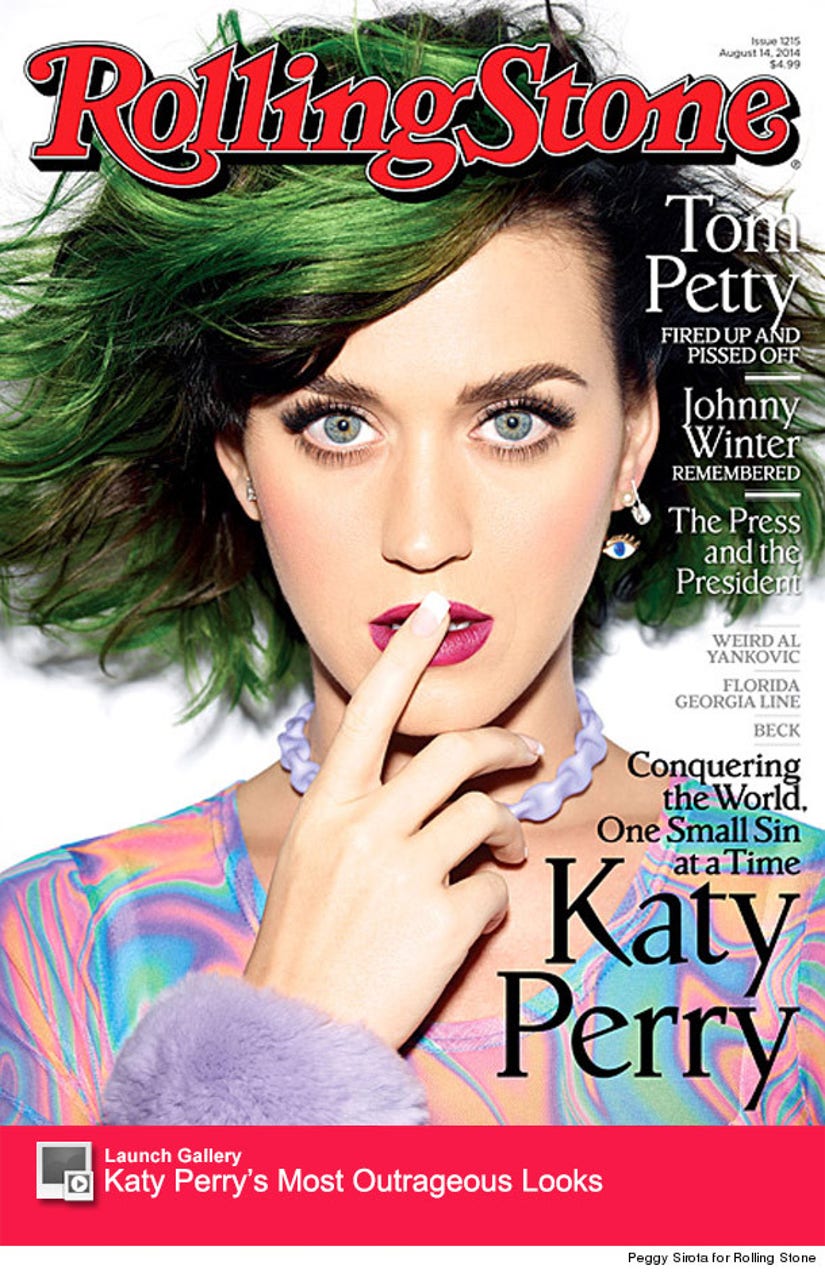 The "Roar" singer graces the cover of Rolling Stone magazine (for the second time this year) and opens up about her critics and starting a family one day.

Perry's been dealing with backlash for some of the costumes on her Prism tour and latest music videos, with some accusing the singer of lacking "cultural sensitivity."

Most recently, the 29-year-old was slammed for having back-up dancers dressed as mummies with big backsides, large breasts, and plump lips ... supposedly stereotyping the black female body.

But Katy says people are just missing the point.

"As far as the mummy thing, I based it on plastic surgery," she says. "Look at someone like Kim Kardashian or Ice-T's wife, Coco. Those girls aren't African-American. But it's actually a representation of our culture wanting to be plastic, and that's why there's bandages and it's mummies. I thought that would really correlate well together… It came from an honest place. If there was any inkling of anything bad, then it wouldn't be there, because I'm very sensitive to people," she tells the mag.

While the "Dark Horse" singer understands why cultural appropriation is problematic, she takes a sarcastic stance about the whole ordeal.

"I guess I'll just stick to baseball and hot dogs, and that's it," she says. "I know that's a quote that's gonna come to f--k me in the ass, but can't you appreciate a culture? I guess, like, everybody has to stay in their lane? I don't know."

And when it comes to settling down and having kids, Katy says she wants to start a family when it's the right time ... with or without Mr. Right.

"I want to be doing that in the right time," she explains. "And that's not in the next two years, you know? Maybe it's in a five-year plan, but I need to really be able to focus 100 percent of my attention on it. I don't really want to take the child on tour."

"I don't need a dude. It's 2014! We are living in the future; we don't need anything," she continues. "I don't think I'll have to, but we'll see. I'm not anti-men. I love men. But there is an option if someone doesn't present himself."

What do you think about the pop star's candid comments? Sound off below and click "Launch Gallery" above to see more of Katy's wild looks!